In order to stay safe online, you need to protect your privacy first. This may seem like a daunting task, but it doesn’t have to be.

Here are five free privacy tools you can use on any platform—and sync across different devices.

If you want to stay safe online, you absolutely need to use a secure and private browser. Mainstream apps like Edge and Chrome are simply not up to standards. Brave is, however.

An open-source browser based on Chromium, Brave has a ton of built-in privacy features. For a start, it automatically blocks trackers, advertisements, and cross-site cookies that are used to monitor your online activities. Brave also blocks fingerprinting, which makes it impossible for advertisers and data collectors to identify and track you.

Additionally, Brave changes all connections to HTTPS. This is a secure protocol (safer than HTTP) that uses strong encryption, and thus makes it more difficult for threat actors to target your device. The browser also automatically bypasses privacy-invading AMP (Accelerated Mobile Pages) sites, or rather de-AMPs every page.

Unlike some private software, Brave has no performance issues. In fact, it is faster than the vast majority of browsers out there. And because it is based on Chromium, it can easily integrate any extension available in the Chrome Web Store.

Also, it is very easy to sync Brave across different devices. When using the app on desktop, press the three little bars in the upper right corner, select Sync from the drop-down menu, and scan the QR code with your smartphone.

You can’t expect to keep your privacy if you use ordinary messaging apps, because they collect a staggering amount of data. For example, Facebook Messenger collects information related to your location, contacts, purchase history, device data, and more.

But you can keep your privacy if you ditch your favorite instant messenger for Signal, an open-source app developed by the non-profit Signal Foundation. All communications conducted via this software are end-to-end encrypted with the powerful Signal Protocol, and the user’s privacy is protected at all times.

Signal does not use invasive scripts, trackers, or anything like that. In fact, the app collects no data. It doesn’t know anything about you; it just needs your phone number to function. In short, Signal is as secure and private as it gets.

Other than that, Signal works like any other messaging app. You can use it to send texts and disappearing messages, call other people (you can make both video and audio calls), share images and videos, and so on.

To sync the mobile version of Signal with the desktop one, open the app on your smartphone and navigate to Signal Settings > Linked devices. After that, tap the plus sign, or Link New Device, and scan the desktop QR code with your phone.

No privacy protection model is complete without a good Virtual Private Network (VPN). But there are several problems with VPNs. First, there are so many providers out there that it’s difficult to choose the right service. On top of that, the best VPNs are paid-for, and the free ones are either not good enough, or can’t be used on multiple devices.

Windscribe is probably the only VPN service that ticks all the important security and privacy boxes, while also being free to use on multiple devices (10 GB of data per month if you confirm your email address, which is plenty).

Crucially, this VPN software has a rather large network of servers in dozens of different countries and cities, uses military-grade AES-256 encryption, does not track or identify users in any significant way, has a port-forwarding feature, and can block domains and IP addresses.

Windscribe’s clients are minimalist and very intuitive, so even people who have never used a similar app should have no issues getting used to it. All you need to do when you want to turn on the VPN is pick a server location, press the “on” button, and that’s pretty much it.

If you use the same password everywhere, just one breach is enough to compromise all of your accounts. At the same time, no one should be expected to remember dozens of different passwords. This is exactly where password managers come in.

One free password manager that you can use on any platform was designed by Avira, the German cybersecurity company known for its antivirus software. Avira’s password manager can be synced across different devices, generate strong passwords on its own, and store user data both locally and in the cloud.

Avira’s product has several powerful privacy-enhancing features such as touch and face ID, two-factor authentication, and bank-grade encryption. It has rather strict data policies, which means the company never sells your information to third parties. It should be noted that there is also a paid version of the product, but the free one has all the important functionalities anyway.

Avira Password Manager has dedicated apps for both Android and iOS platforms. It does not have a proper desktop client, but it has extensions for every major browser. So, if you download Brave as recommended, you can add Avira to the browser via the Chrome Web Store.

We are all being monitored in one way or another, whether by Big Tech or the government. Some people have no issues with this, but those who do realize how important it is to use a secure email provider, instead of relying on Gmail, Yahoo Mail, and other similar services.

ProtonMail is one of the best secure email providers. With the free version, you get one email address, 1 GB of storage, and can receive up to 150 messages per day. This should be more than enough for most people—if you actually receive more than 150 emails every day, you should probably unsubscribe from a few newsletters, or tweak some app settings.

But what is it that separates ProtonMail from other email providers? All messages are end-to-end encrypted, the platform uses a zero-trust security model, has two-factor authentication with hardware security keys, and boasts built-in PGP support. Plus, ProtonMail is based in Switzerland, which has some of the strictest privacy laws in the world.

Most importantly, you can use ProtonMail on any device. There are apps for both major mobile platforms, and a web client you can access from any browser.

In order to implement a proper online privacy protection strategy, you need to adopt a multi-dimensional approach; one that works across different devices and platforms.

A secure browser and messaging app, with the right password manager and encrypted email provider, can serve as the foundation of this strategy. Add a good VPN into the mix, and you become almost impossible to track.

In the meantime, make sure you familiarize yourself with common online privacy myths and why they can be so detrimental to your overall security. 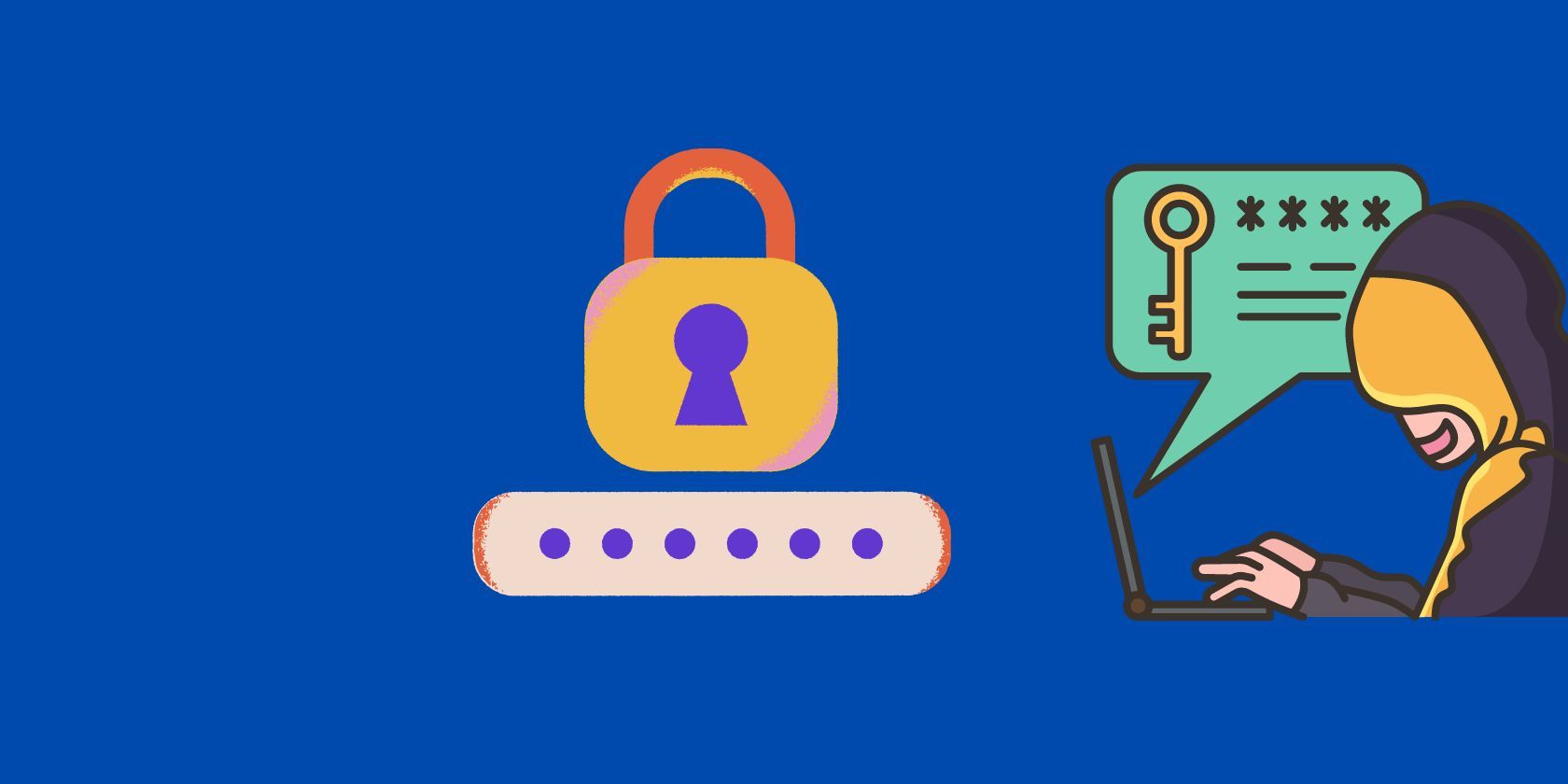 Here’s What to Do When Your Password Manager Gets Hacked 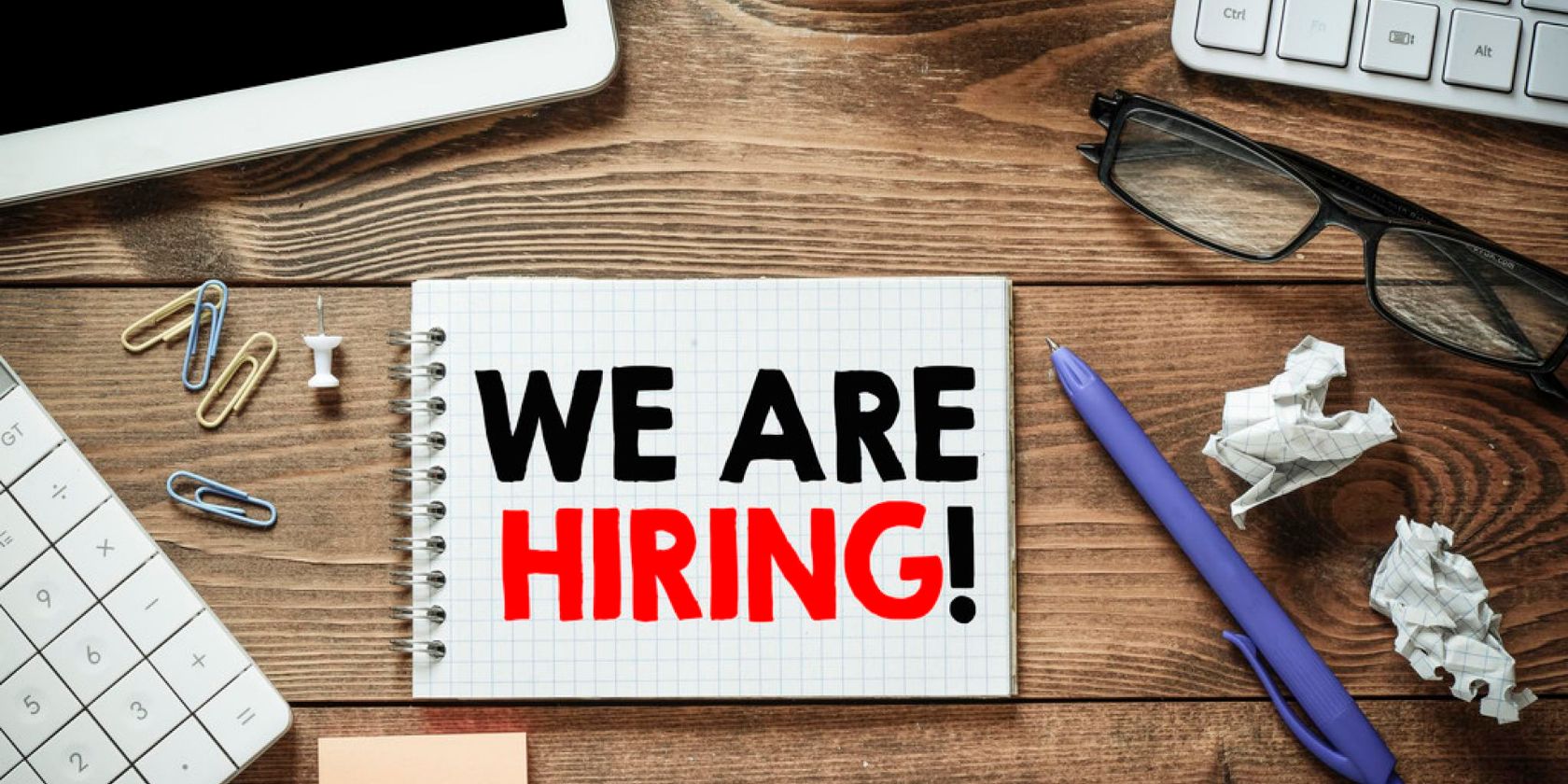 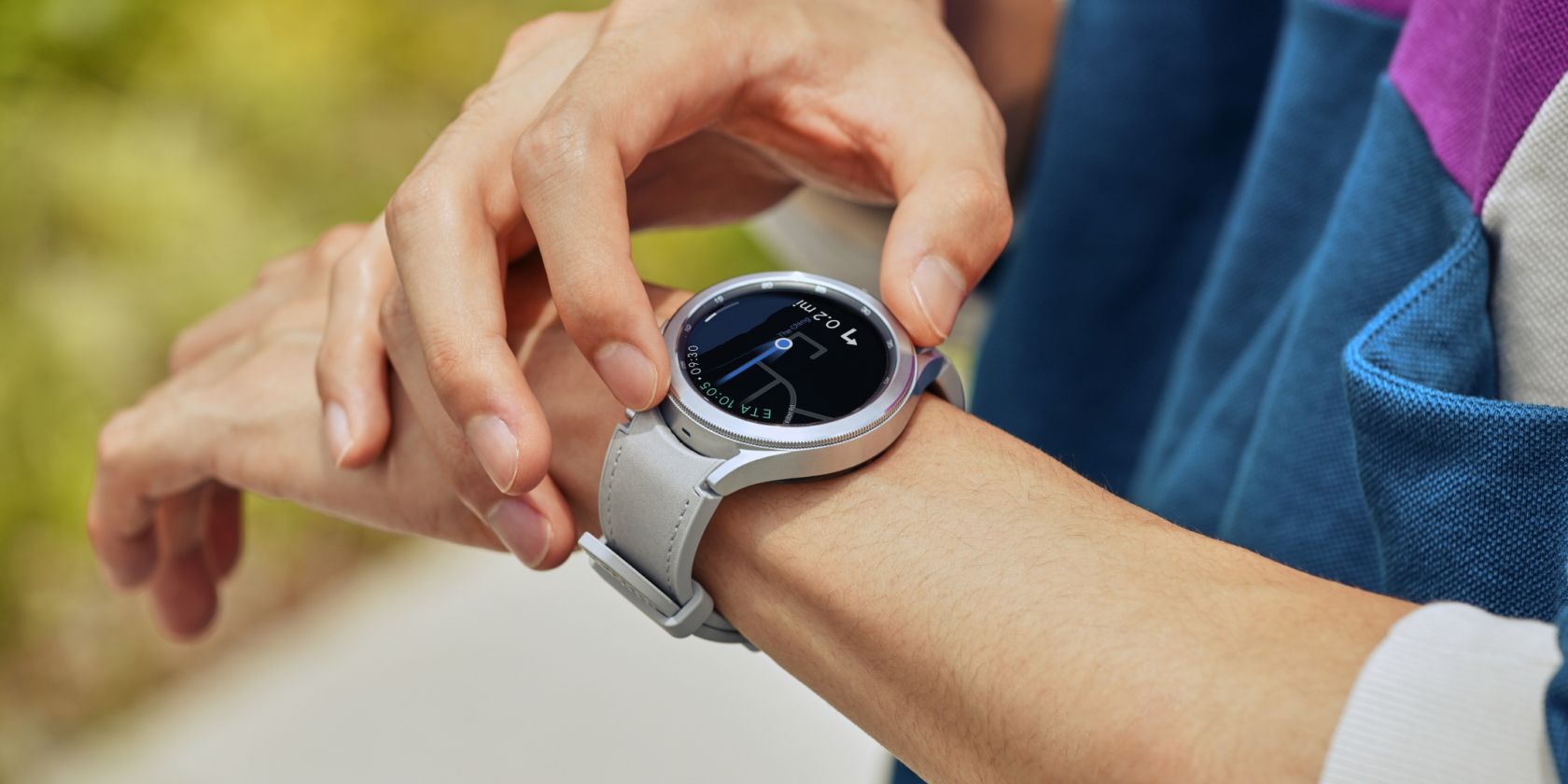 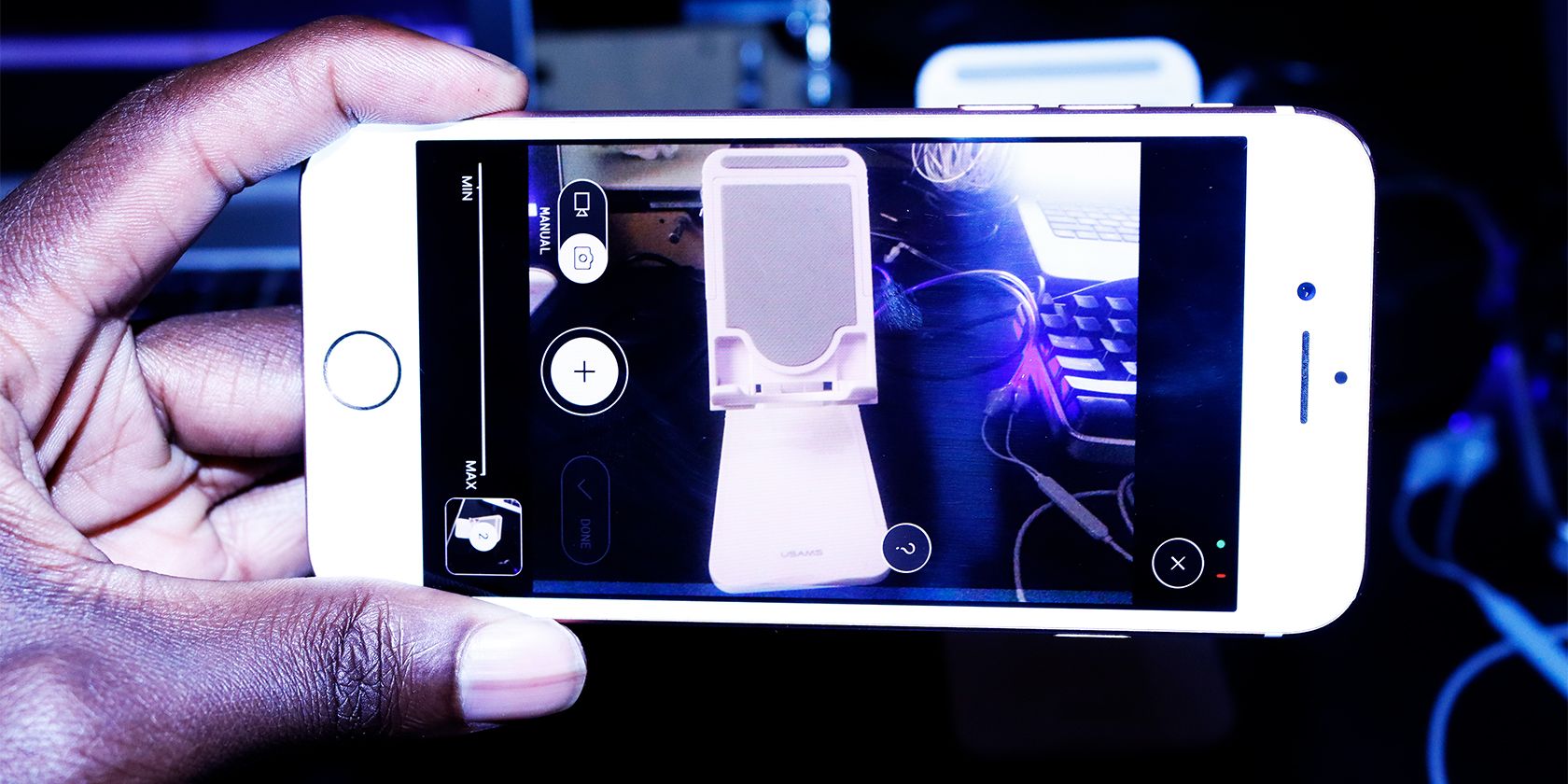