Apple has released some stellar MacBooks since it transitioned to ARM-based Apple silicon processors. The Cupertino-based company refreshed the high-end MacBook Pro models in 2021 and released the M2 MacBook Air in the summer of 2022, both featuring an all-new design.

Consumers might not see all the visual and hardware differences between these two machines. But we’ll compare the two to help you decide which one is best for you.

The MacBook Air remains relatively the same thickness and weight as the M1 Air but remains pleasantly light and portable. It also adopted its bigger brother’s squared edge design with a notch. The M2 Air comes in a unique midnight color, which is stunning in person. Since Apple silicon chips are very power efficient, the MacBook Air is a fanless laptop.

The high-end MacBook Pro models feature some of the best displays ever in a laptop. These are Liquid Retina XDR displays that use mini-LED backlighting technology to deliver a one million to one contrast ratio. Most notably, the 14-inch MacBook Pro’s display features ProMotion, allowing a refresh rate of 120Hz. Thanks to this new addition, animations while navigating macOS are buttery smooth.

The M2 MacBook Air, on the other hand, packs a similar display to the M1 MacBook Air but does provide a few changes. The M2 version offers a Liquid Retina display, bumping the brightness to 500 nits while packing slim bezels and a notch to house the 1080p FaceTime camera. Note that the Liquid Retina display still uses an LCD panel, unlike the 14-inch MacBook Pro.

However, it does support the P3 wide color gamut and is still a relatively bright display. It may not be the best display in the lineup, but it does the job with minimal complaints.

Both laptops feature Apple silicon, but they are different for various cases. The 14-inch MacBook Pro models pack the beefed-up Pro and Max versions of the last-generation M1 chip. You can choose between the two on the 14-inch model. The M1 Pro has additional CPU and GPU cores compared to the M2 chip for demanding workflows such as the Adobe suite, Final Cut Pro, and more.

It’s a good idea to compare the M1 Pro to the M1 Max to see whether you’ll need that extra performance. The Pro and Max chips also allow for more memory, up to 64GB of unified memory. That is great for users who use multiple professional applications in their workflow. The 14-inch MacBook Pro offers serious power for professionals who need to take their demanding work on the go.

The M2 MacBook Air packs the new M2 chip, focusing mainly on graphics improvements from the M1 chip. It maxes out with an 8-core CPU and 10-core GPU. You can also get up to 24GB of unified memory. One important thing to note about the MacBook Air is that it does not have a fan, which means you can experience thermal throttling if you push the system.

Apple silicon has improved every MacBook’s battery life significantly. Even though the 14-inch MacBook Pro has an incredible display and stellar performance, which can impact battery life, Apple rates it for up to 17 hours of video playback and 11 hours of wireless web browsing. It’s important to note that you won’t get similar battery life if you use applications such as Final Cut Pro since these applications draw much more power from the Apple silicon chips.

The M2 MacBook Air wins in the battery department, even though it is a thin and light laptop. The M2 Air is rated for up to 18 hours of video playback or 15 hours of wireless web browsing. Therefore, it’s perfect for web browsing, email, and word processing. So, if you plan to just do some light work on your laptop, the MacBook Air might be your better option.

Both the laptops have received additional ports that were missing from Apple’s MacBooks for years. The MacBook Pro features MagSafe as its primary charging solution. However, if you are not a fan of MagSafe, you can still charge via USB-C since the machine offers two USB-C ports. The MacBook Pro also welcomes back the HDMI port, allowing you to easily connect the computer to a monitor or TV without an adapter.

The SD card slot also returns, removing the frustration photographers used to face whenever they wanted to import their photos to their computer. And lastly, the MacBook Pro’s headphone jack was also updated to support high-impedance headphones. With this selection of ports, you have great versatility and won’t have to carry any dongles to utilize your computer.

The M2 MacBook Air remains relatively light on ports. However, this model also received MagSafe this year. One benefit to the MacBook Air adopting MagSafe is that it frees up another USB-C port.

The M2 Air still offers two USB-C ports like the outgoing M1 model and a headphone jack that supports high-impedance headphones. The MacBook Air’s port selection is solid for average users, but the 14-inch MacBook Pro is the clear winner if you’re a creator.

At this point, the argument for the M2 Air gets suddenly complicated because, for $300 more, you get a cutting-edge display, faster performance, more ports, and much better thermal performance.

Don’t Waste Your Money on the Wrong MacBook

The 14-inch MacBook Pro and the M2 MacBook Air are great laptops, but they exist for different groups. The 14-inch MacBook Pro is great for people who have demanding workflows but want something more portable than the 16-inch model. However, some people want the best hardware available, even if it is significantly more expensive. 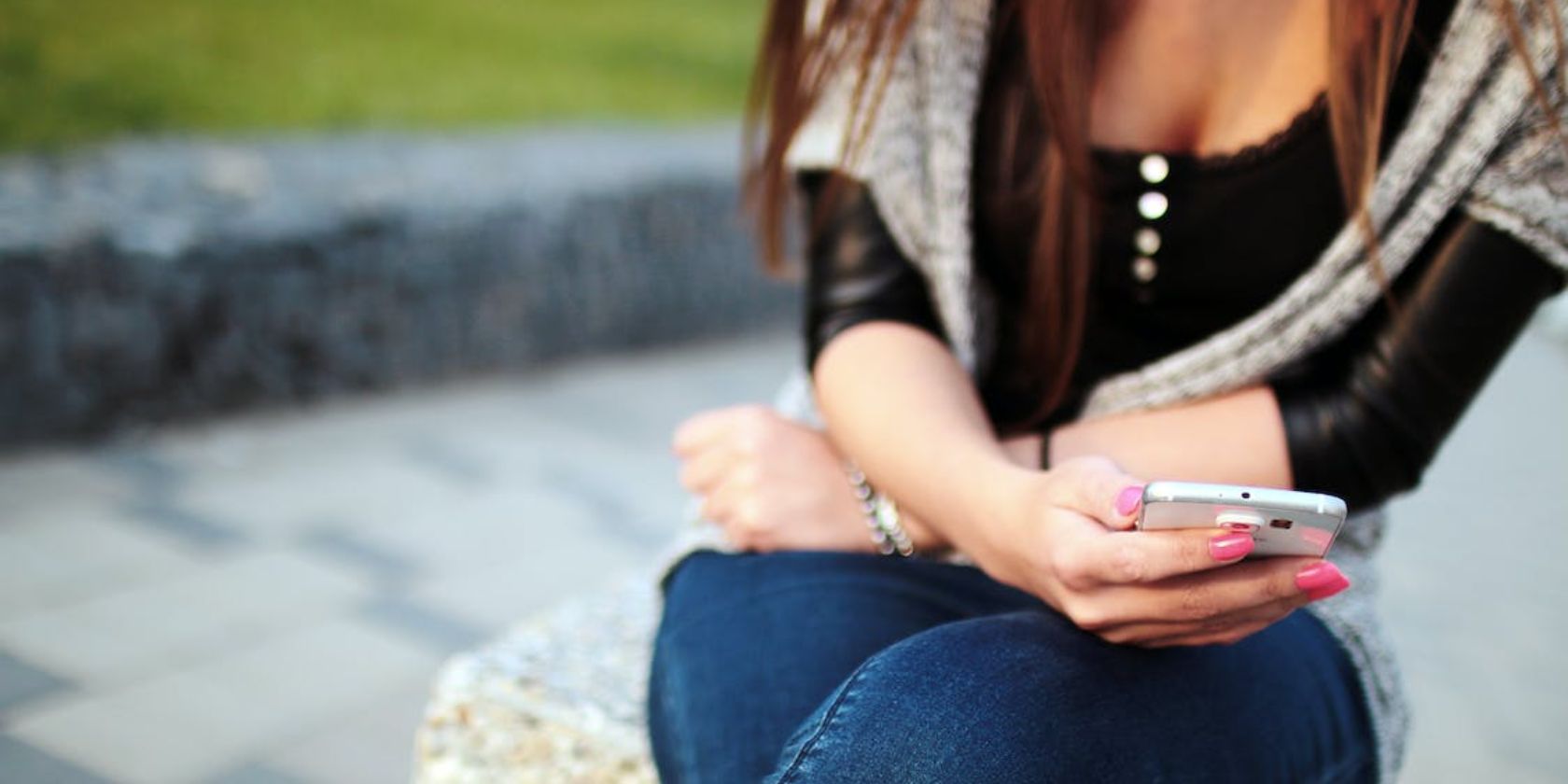 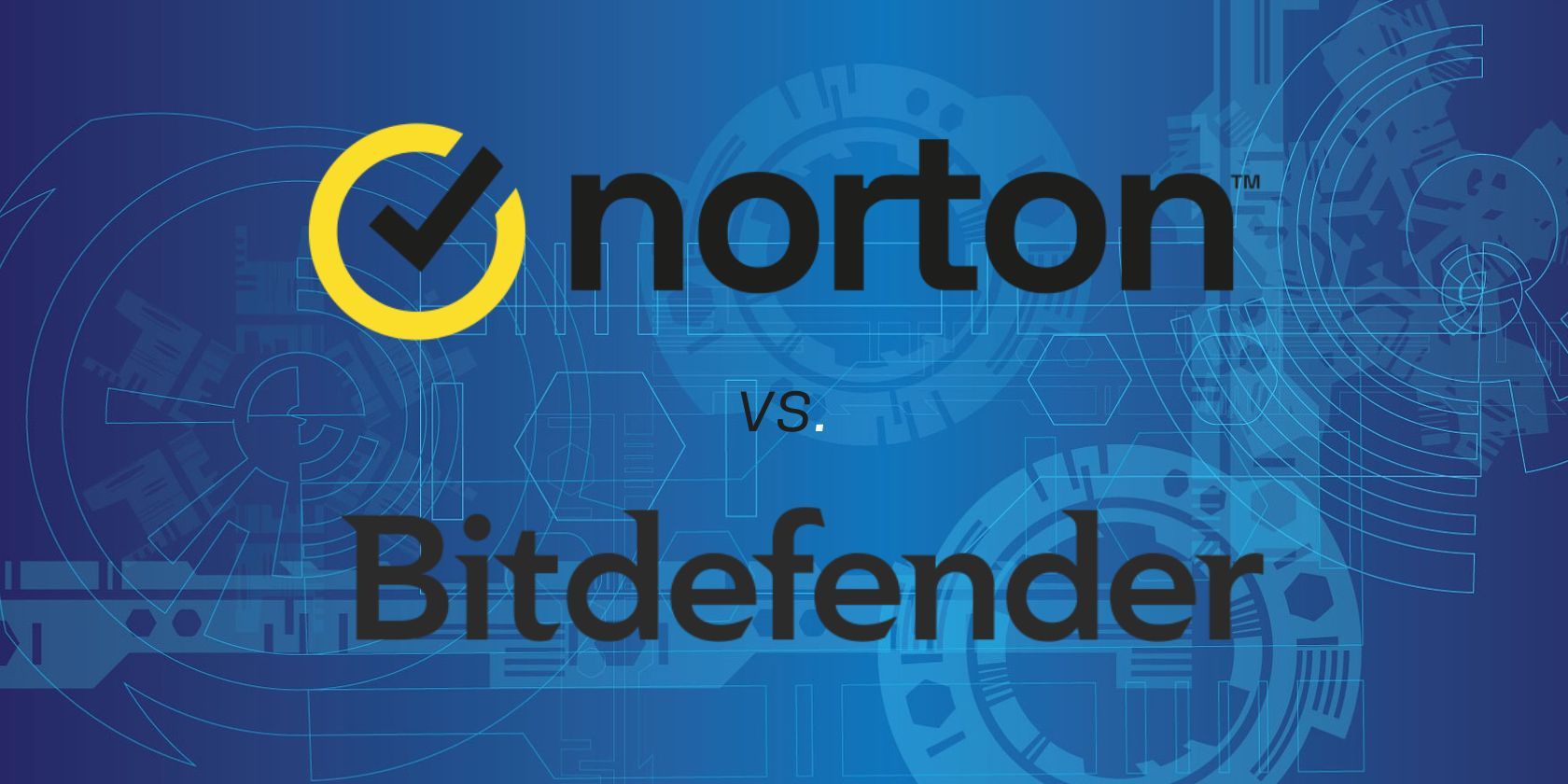 Which Security Suite Will Protect Your PC Best? 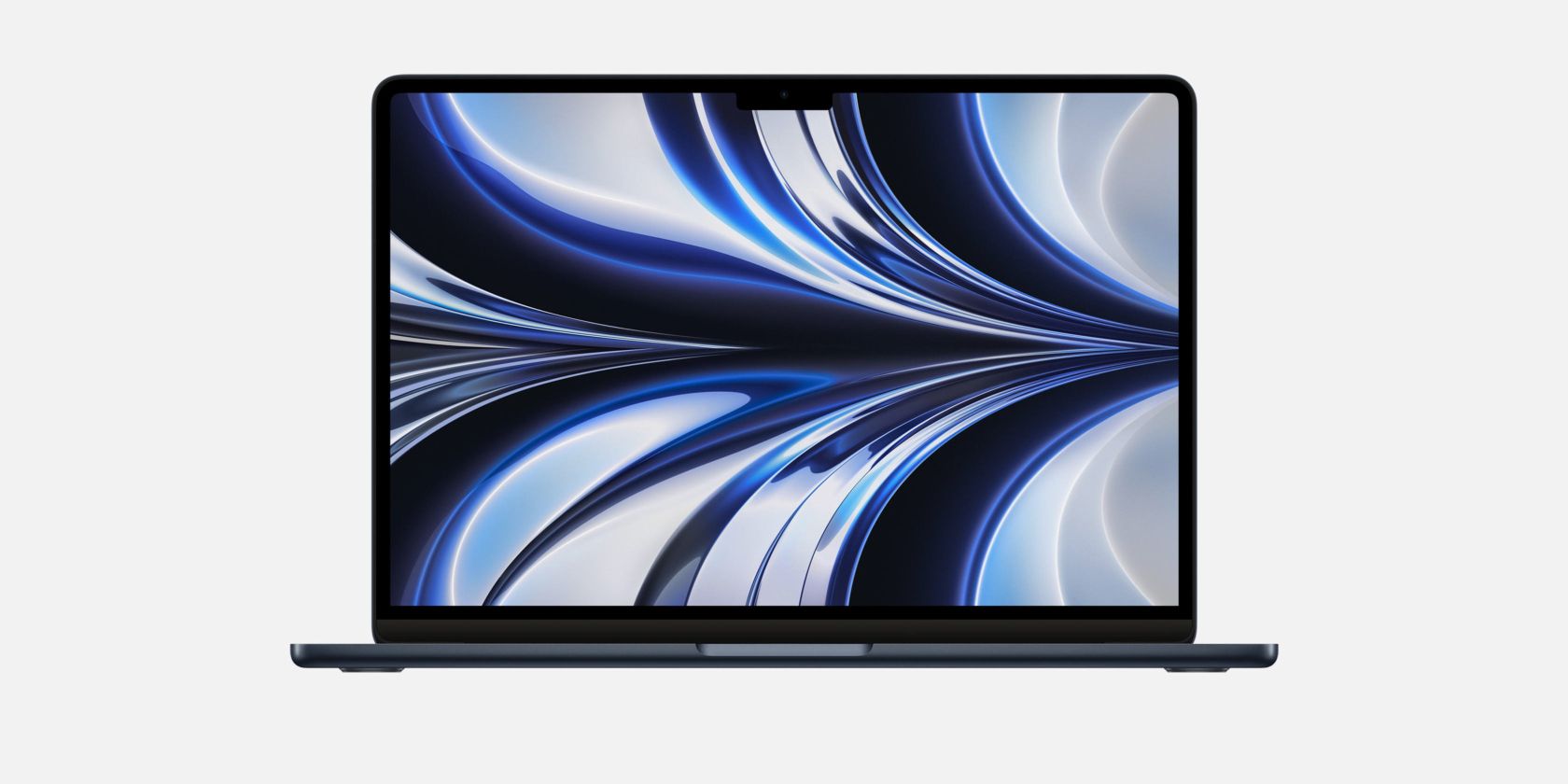 Is It Worth the Upgrade? 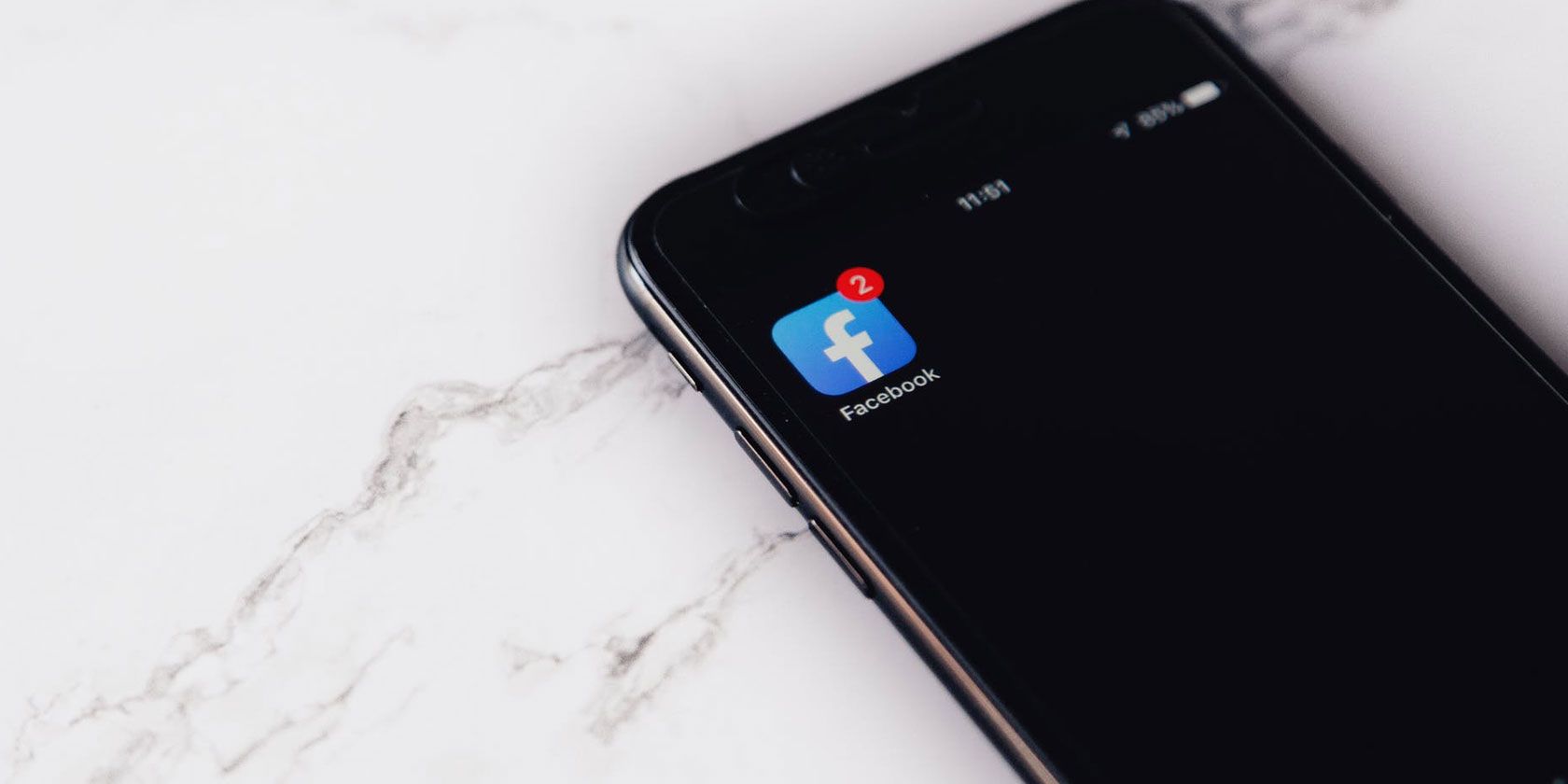 How to Stop Facebook Tracking With the Off-Facebook Activity Tool