Gaming is not only a popular pastime but also a viable career in 2022. There are more active gamers both on consoles and PCs in recent times.

There is an ongoing battle in the console community for player count. Each console has advantages and disadvantages, making it tough to point out a superior model.

However, there is no such argument in PC gaming. This is because most PCs support a long list of games.

It begs the question: which service does one use to download and install their favorite games on a PC? Well, there are many apps and websites for this. It boils down to personal preference, and below are some of the best options.

Steam is often referred to as the digital video game market king. People rarely leave their homes to buy video games anymore, and Steam is partly to blame for that.

You see, Steam started as a means to an end. It was developed by Valve to facilitate easy updates for its titles and evolved past that in the years that followed.

Steam is a thriving marketplace supporting hundreds of thousands of games. The store caters to both large companies and indie developers alike.

There’s a little something for everyone on Steam, and the app makes it easy to find what you want. It has a captivating homepage and spotlight section that actively recommends new games in rotation.

Steam also organizes its games by genre, making it even easier for new users to navigate the store.

Steam offers both paid and free games. Every purchase and addition is stored safely within your Steam library, making it easier to access your favorite games on the fly.

It also functions on a handheld device called a steam deck. It runs on Windows and allows you to play your favorite games on the go via a Steam Deck. You can play as long as you want when you extend your Steam Deck’s battery life.

The Epic Games store launched in 2018 and has since offered direct competition in the digital video game distribution market.

Since then, the company has expanded into the game distribution market with the launch of its game store. Epic Games realized how tough it is to break into a new market. As such, it sought to draw in new users by offering a long list of triple-A video game titles for free.

Subsequently, the Epic Games store has become a mainstay in digital video game distribution. It also has a collection of exclusive games worth having on your PC.

One of the greatest merits of using the Epic Games store is the company’s willingness to collaborate with other developers. As such, you have a wealth of content coming to your favorite games.

Origin is EA’s answer to the growth of the digital game distribution market. Origin was released in mid-2011 and serves as a platform for EA to sell digital copies of its flagship titles.

However, only EA licensed and owned games feature on the store as of 2022. This could change in the future, but it certainly isn’t the case now.

Now, because Origin is made to distribute EA games, the company offers better discounts for its games.

But most EA games are also available on other digital game distribution platforms, such as Steam and Epic Games store.

Ubisoft Connect has a strong reward system that helps users with customized discounts. It even has its own virtual currency and a wide variety of seasonal discounts.

Ubisoft also offers a premium subscription service called Ubisoft+ that offers some of its best games for a monthly fee.

GOG saw a rise in popularity following the announcement of Cyberpunk 2077. Needless to say, many people looked forward to the game’s release.

For a while, Cyberpunk 2077 was only available for early purchase on GOG. Unfortunately, Cyberpunk 2077 did not hit the ground running on launch. However, GOG still has some great offerings.

Where better to get games than from Microsoft? The Xbox store is compatible with all Windows devices and offers a lot of popular titles.

Xbox is most famous for its Game Pass, which offers a long list of amazing games at a bargain price. The Xbox Game Pass is high on our best PC games subscription services list.

We also need to talk about Xbox exclusives. These are certain games that you can only get on the Xbox store. The best part about the Xbox store is that it is preinstalled on Windows 10 and 11 devices.

Also, you can easily install it from the Microsoft Store. However, it is exclusively for Windows devices.

Activision acquired Blizzard games in 2008. As such, games from both companies have been marketed on Battle.net ever since.

Battle.net is a must-have for fans of Overwatch, World of Warcraft, Warzone, and the Call of Duty franchise as a whole.

Right now, Battle.net is the best way to purchase and play these games. While Activision Blizzard rarely offers discounts on its games, most of them are affordable. Activision Blizzard has even decided to go free to play with popular titles like Call of Duty Warzone and Overwatch 2.

Itch.io is an indie developer’s dream. The video game market is very competitive, and it is hard for solo and new developers to get a leg in. That’s where Itch.io comes into play. The platform launched in 2013, and it hosts over 500,000 games.

Itch.io is very transparent with its users. It makes publishing a game straightforward. The website hosts a variety of genres, ranging from puzzles to racing. It also facilitates web-based games.

Humble Bundle is a digital game distribution service that is best known for its bundles.

Game bundles could include your favorite titles mixed in with new, unfamiliar games. These bundles are usually sold at very affordable prices compared to buying the games individually.

Humble bundle also sells individual digital copies of your favorite games, but the bundles are a lot more popular.

The above-listed services make buying and playing your favorite titles easier than ever. You can now get what you need from the comfort of your home.

They all have their merits, and it’s up to you to decide which will suit your needs. 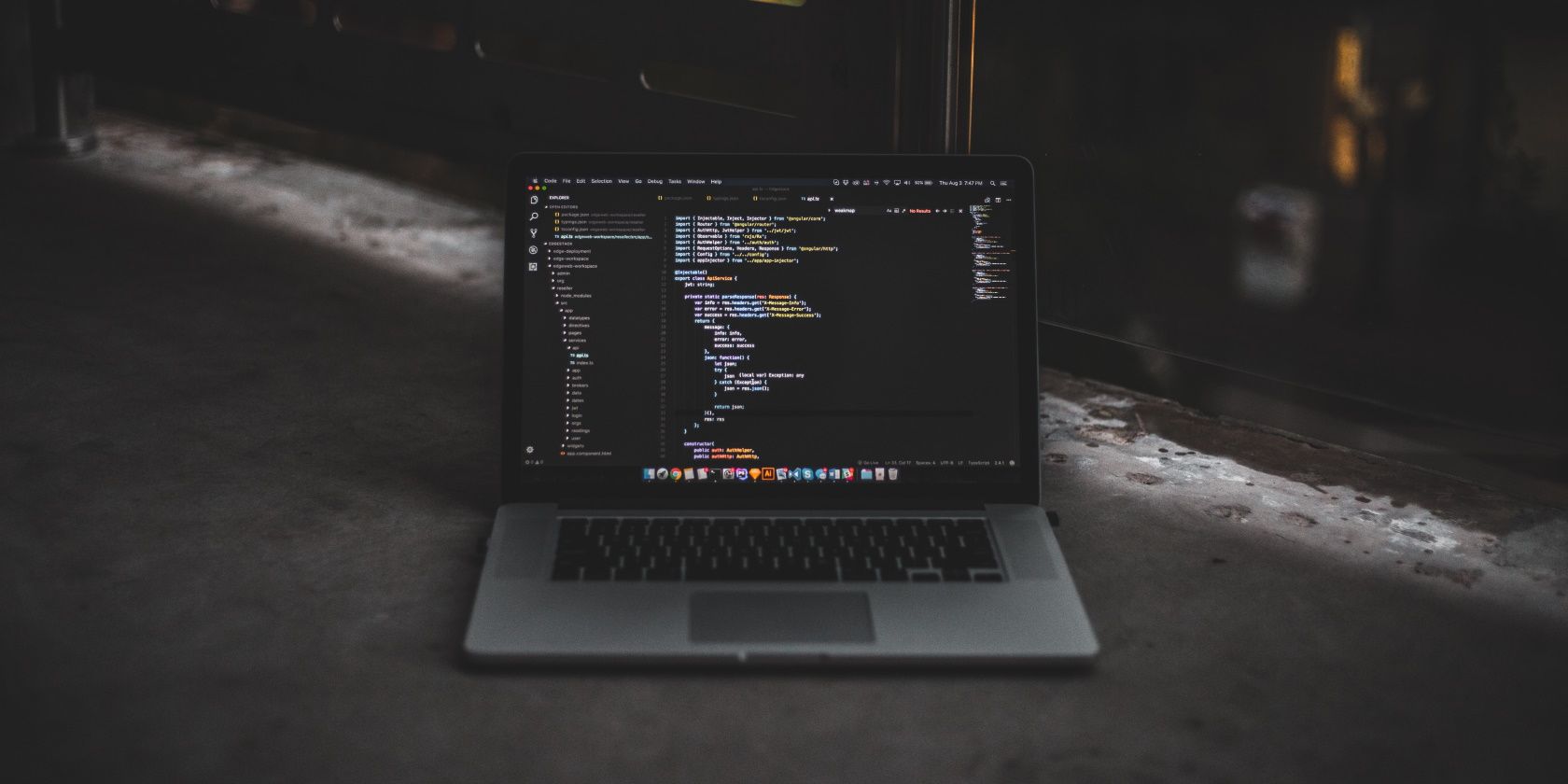 What Is an Out Parameter in C#? 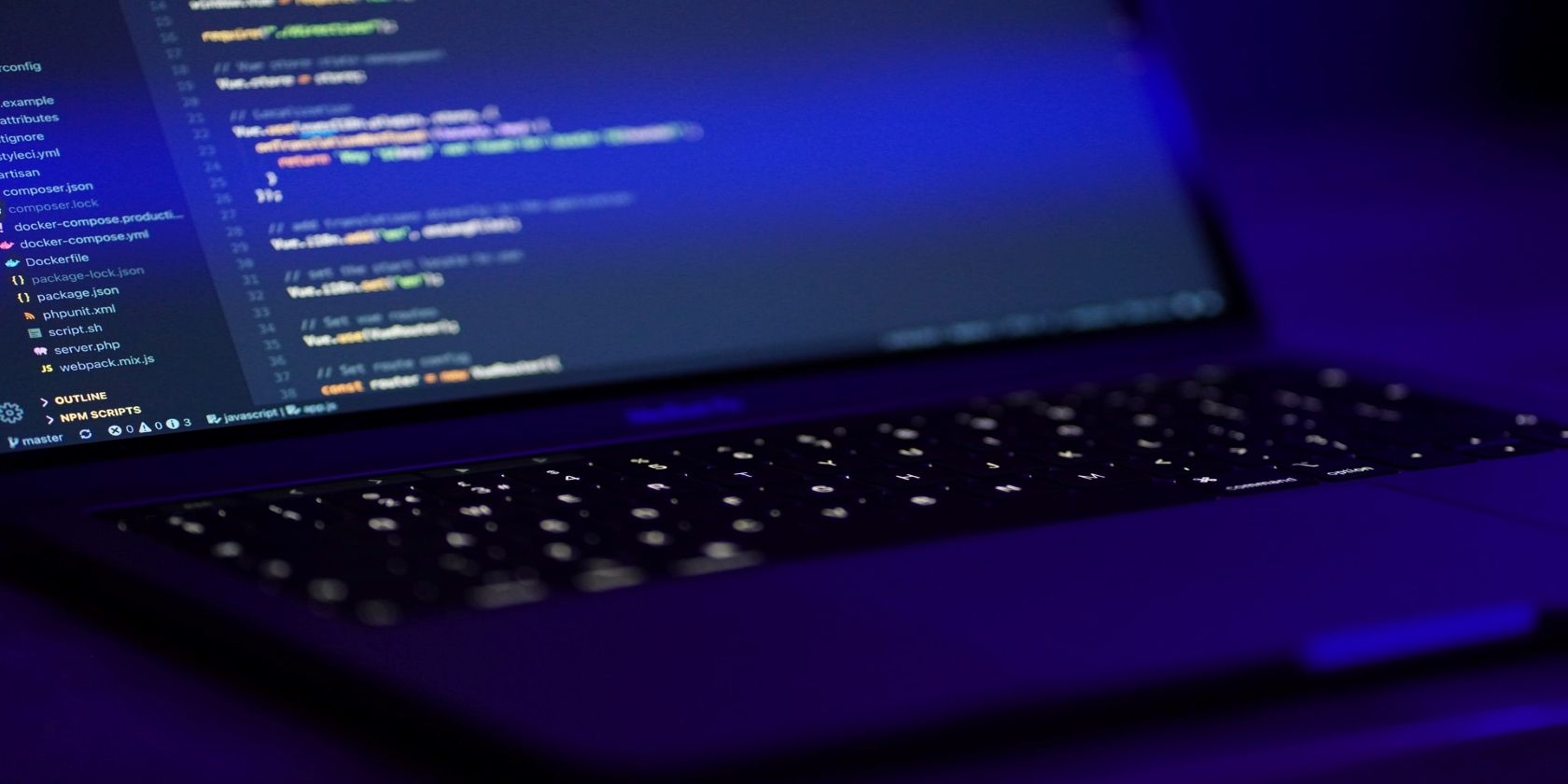 Russian Windows Users Are Turning to Piracy and Linux 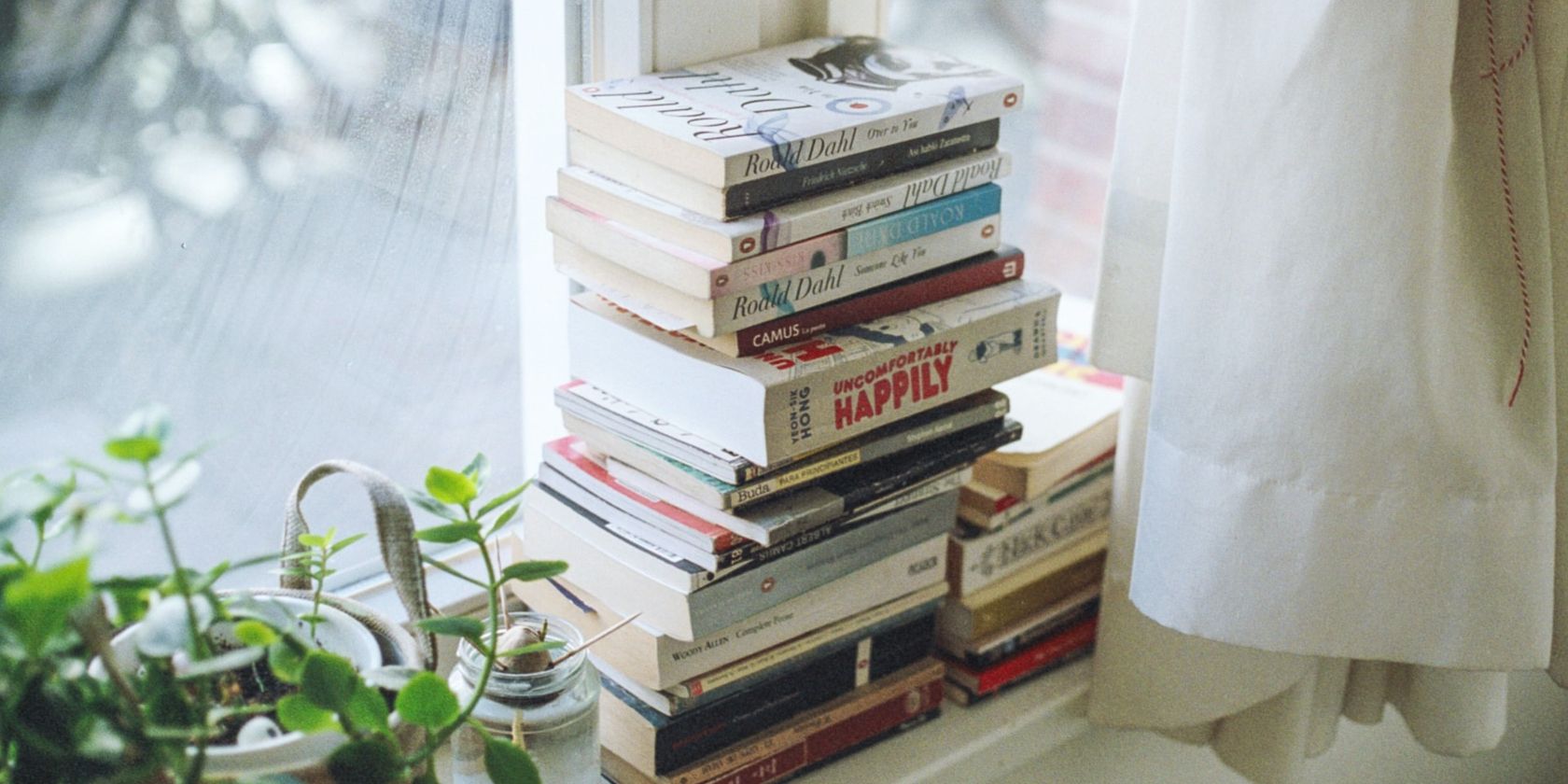 How to Sell Your Used Books on Amazon 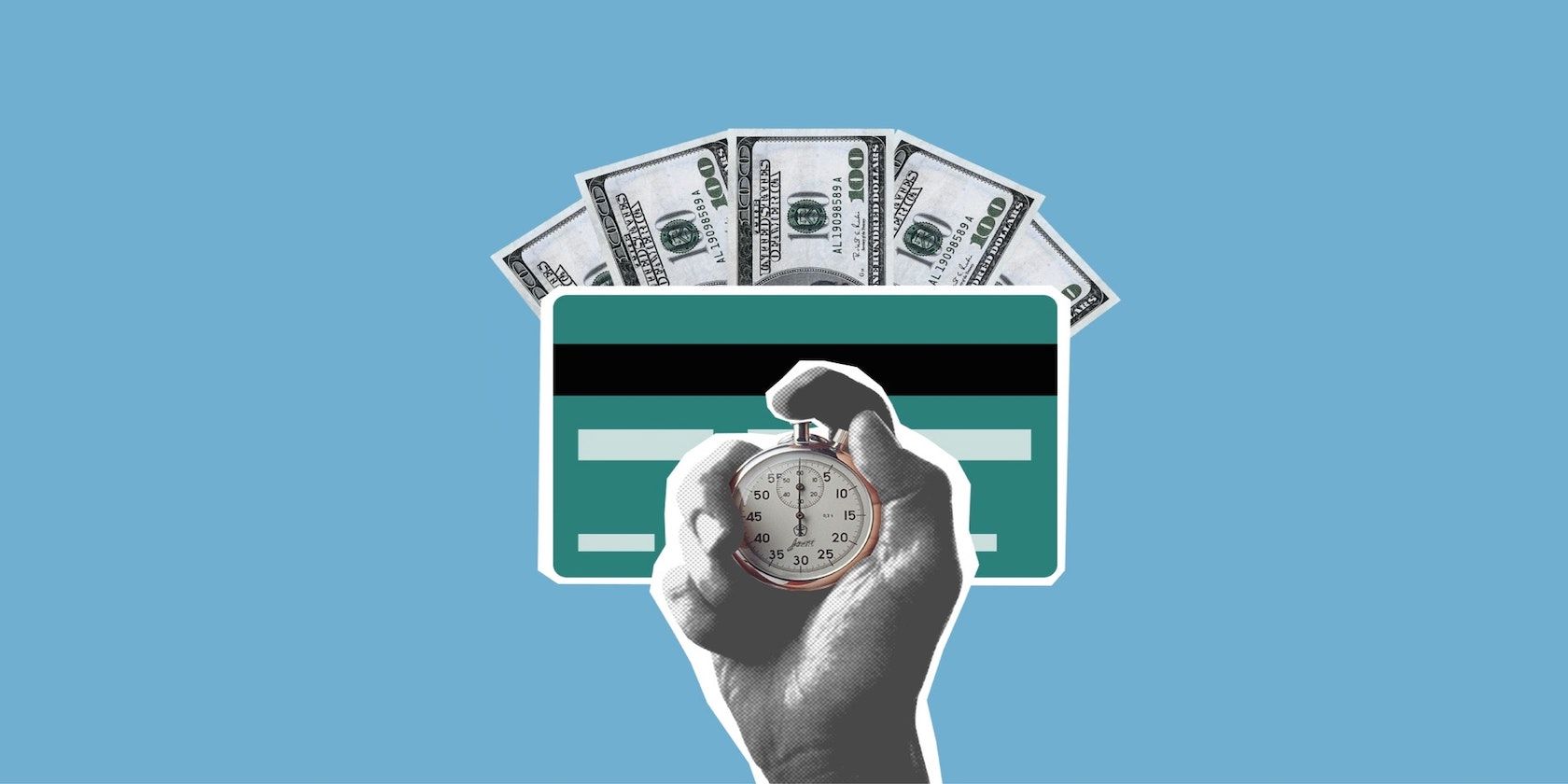 Don’t Be Fooled By the Cash App Money Flip Scam