Does your iPad suddenly feel old for modern times? Perhaps the once-streamlined design no longer impresses you. Or, your iPad is struggling to keep up with apps and games in the performance department. Unfortunately, digital devices don’t last forever.

While iPads don’t come with a set expiration date, there are some red flags to let you know it’s time to retire your old model and upgrade. Learning the telltale signs that it’s time to replace your iPad can help you make the most out of your tablet experience.

How Long Does an iPad Last?

This is not a question with a simple answer. In many ways, it depends on how regularly you use the device.

In terms of hardware and battery life, an iPad that one uses only occasionally is more likely to last longer. However, you should also consider other factors such as the operating system, app performance, storage, and hardware issues.

We’ll look at these issues below to help you determine if it’s time to replace your iPad:

As a rule of thumb, if your iPad is more than five years old, you’ll probably notice slower performance. On the other hand, you could be happily using an iPad from six or seven years ago with no major problems. To get an idea of how long your iPad should last, start by identifying your iPad model. You should then be able to gauge when you’re due for a hardware upgrade.

Need help? Let’s look at the key signs that your iPad may be past its lifespan.

All operating systems need to be upgraded from time to time to provide security patches, add new features, and sometimes remove old features. Apple’s iPadOS is no different in that regard.

If your iPad is too old for the latest version of iPadOS, you could be missing vital security patches and handy features. For example, at the time of writing, 2021’s iPadOS 15 runs on devices going back to the iPad Air 2, which was released in 2014.

Apple is pretty generous in supporting older models for new software updates. However, if the model you own doesn’t fall under the compatibility list for the latest iPadOS, it’s probably time to replace your iPad.

2. iPad Apps Crash All the Time

As new iPad models become more sophisticated, so do new apps and games. Upgrading your device is the only way to stay on the curve.

Sadly, it’s a fact of technology that as operating systems are updated, older software stops working. For instance, an app originally designed for iOS 7 might have been updated by the developers for iPadOS 15. But if your iPad can’t run the latest OS, you won’t get such updates on your device.

As with having the latest version of iOS, keeping your apps up to date brings new features, bug fixes, and security improvements. So, consider a new iPad if your apps are crashing regularly and you can’t update them.

3. Your iPad Runs Out of Space Constantly

Another sign you’re ready for a new iPad is running out of storage regularly. Running up against your storage limit once or twice is par for the course in some ways, but if it happens more often, you may have an issue. While you can’t expand iPad storage, as with an Android tablet, you have plenty of cloud storage solutions. You can now get up to 2TB of storage with Apple’s iCloud.

But if your iPad is regularly bursting at the seams, the size of your installed apps could be to blame. If these are tools you use regularly, uninstalling isn’t an option. Often, app updates are larger than the previously released version. Consequently, you could end up needing to use apps on your iPad that don’t have the capacity to install and run them.

If space is a concern and the usual tips to clear your iPad storage haven’t helped, it’s definitely time to get a new iPad. Apple tends to bump the internal storage options with new generations. For example, the M1 iPad Pro is available with up to 2TB of storage space.

Regular accessories for the iPad include cases and chargers. But when Apple changes the iPad’s design, you’ll encounter compatibility issues if you stick to your aging model.

For example, if your old 30-pin charger has worn out, it might be difficult to find a genuine Apple replacement as most retailers only stock the modern USB-C charger. There’s also the issue of finding compatible docking stations and speakers.

Alternatively, you might spot a great new case for your iPad Air, only to find out later that it is only compatible with the more recent models. You might have also found that screen protectors are incompatible with your old iPad.

If this happens often, your iPad is probably getting too old. You could scour eBay and Amazon for suitable accessories—or just bite the bullet and upgrade.

All iPads ship with a rechargeable lithium-ion battery that offers a considerable lifespan, but if you have any experience with smartphones, you’ll know that the battery doesn’t last so long after years of usage.

Lithium-ion batteries degrade over time; each battery has a finite number of charge cycles. So the older the device, the more cycles it has gone through. Extremely hot and cold temperatures can also negatively affect batteries, as can fully discharging the cell. So, how long do new iPad batteries last under typical use, you ask?

Apple advertises a 10-hour battery life for most modern iPads while browsing the web over Wi-Fi. However, if you aren’t getting anywhere close to this number, then maybe it’s time to upgrade your iPad. Or, if your budget doesn’t allow it, for the time being, you can consider an iPad battery replacement, which will set you back under $100.

6. Dead Pixels and a Dodgy Display

A fully working touch-sensitive display is required for you to use your iPad. If the display stops detecting taps and gestures, or if it stops displaying screen elements correctly, then you’ve got a problem.

Like TVs, laptops, and other digital screens, older iPads can end up with dead or stuck pixels; this is inevitable. While massaging the display can alleviate this, if the number of dead pixels on the screen gets to the point that it’s hindering your viewing experience, it’s time to replace your iPad with a new one.

A display with scratches, cracks, or even chips in it will struggle to respond to touches. Even if you aren’t using an antiquated iPad, a device with a damaged screen is certainly living on borrowed time.

One of the worries with any portable device is that the hardware buttons might wear out. In recent years, manufacturers have moved to reduce the number of physical controls, partly driven by the aim to minimize such faults—Apple, for instance, has removed the physical Home button from almost all its iPads.

While you can get around issues with volume and rotation controls, an inability to access the Home screen is another matter.

One solution if your Home button has stopped working is to replace it with an on-screen alternative using Settings > Accessibility > Touch > AssistiveTouch. However, note that faulty hardware buttons may sometimes indicate issues with other hardware.

Rather than finding yourself unable to switch on or operate your iPad, it’s a better idea to look for an upgrade. Unresponsive buttons are a key sign that your iPad is wearing out.

Which New iPad Should You Buy?

These devices are tailored for different budgets and use cases. For example, the iPad Pro devices are intended as laptop replacements, albeit with the right accessories. They are high-productivity devices that are portable enough to go anywhere. Meanwhile, the standard iPad is affordable enough to give as a gift to a loved one, while the iPad Air offers a mix of battery life and portability.

It boils down to what you want from your iPad and how much you’re willing to pay for it. But if you’re not sure where to start, feel free to check out our in-depth iPad buying guide to let us help you make an informed decision.

Unfortunately, low storage is a common problem across all the base variants, whether you’re considering the iPad mini or the iPad Pro. So, remember to carefully research and go through all the specifications when it’s time to buy a new iPad.

What About Your Old iPad?

With such good reasons to upgrade your iPad, you might be happy to forget your old one. But you shouldn’t overlook it just yet: you’ll find that it still has some use. Consider it for an in-car entertainment unit or repurpose it as a digital photo frame.

If you don’t plan to give it away, remember that selling your old iPad is also an excellent option, especially if you’ve kept it in good condition. That’s a great way to get back some of the hard-earned money you spent on your new iPad. 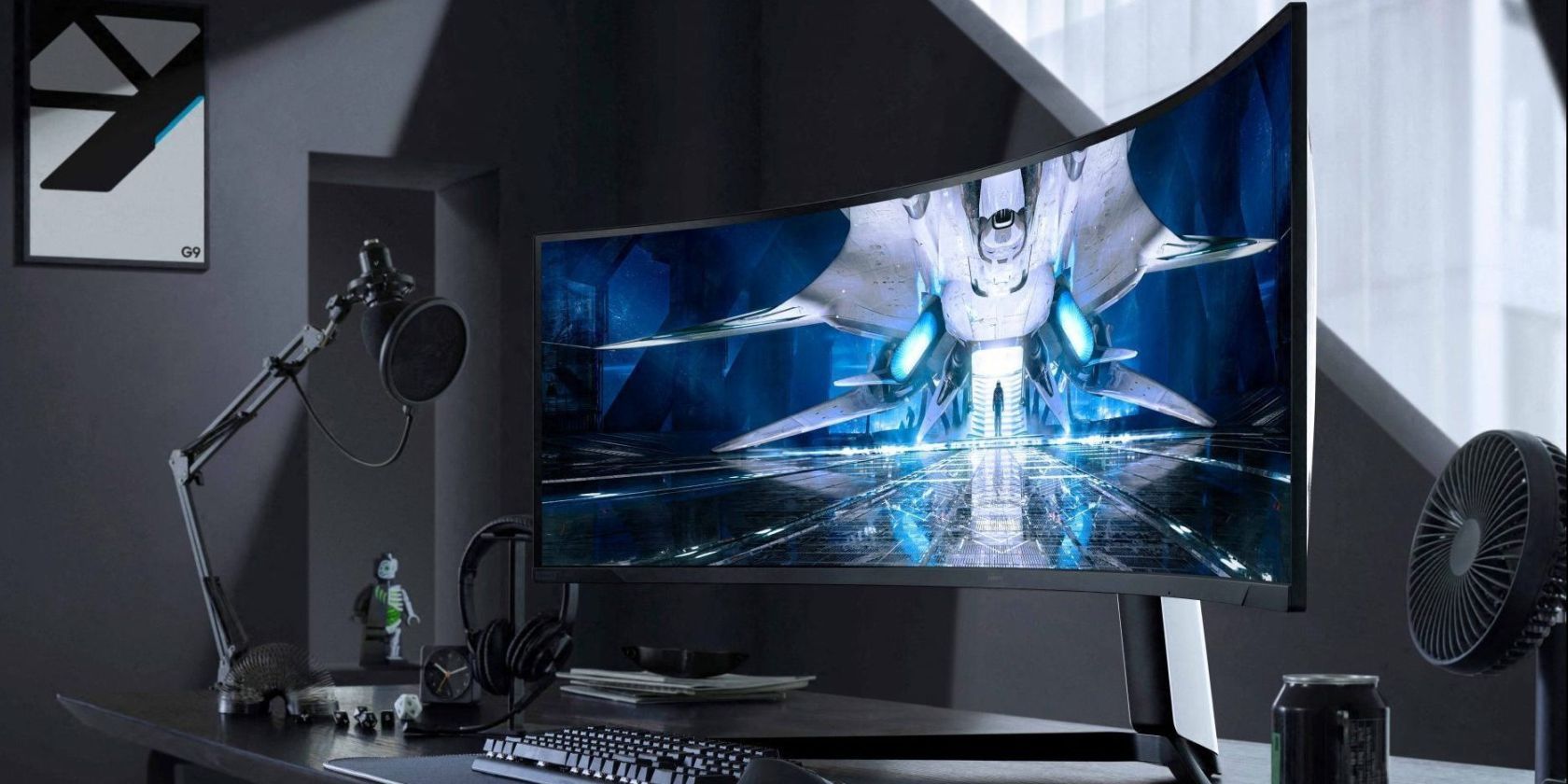 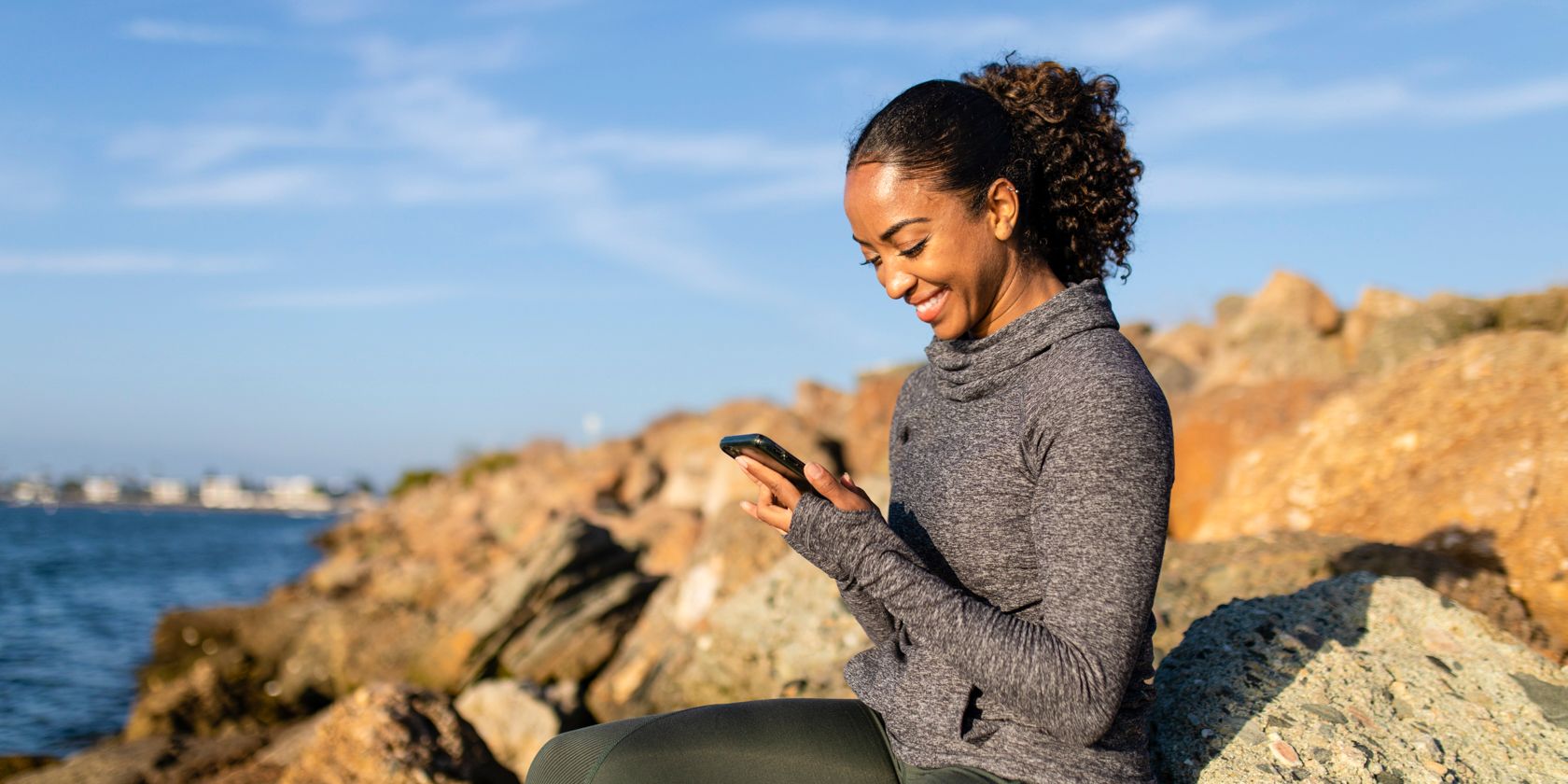 7 Apps to Help You Monitor and Understand Your Hormonal Balance 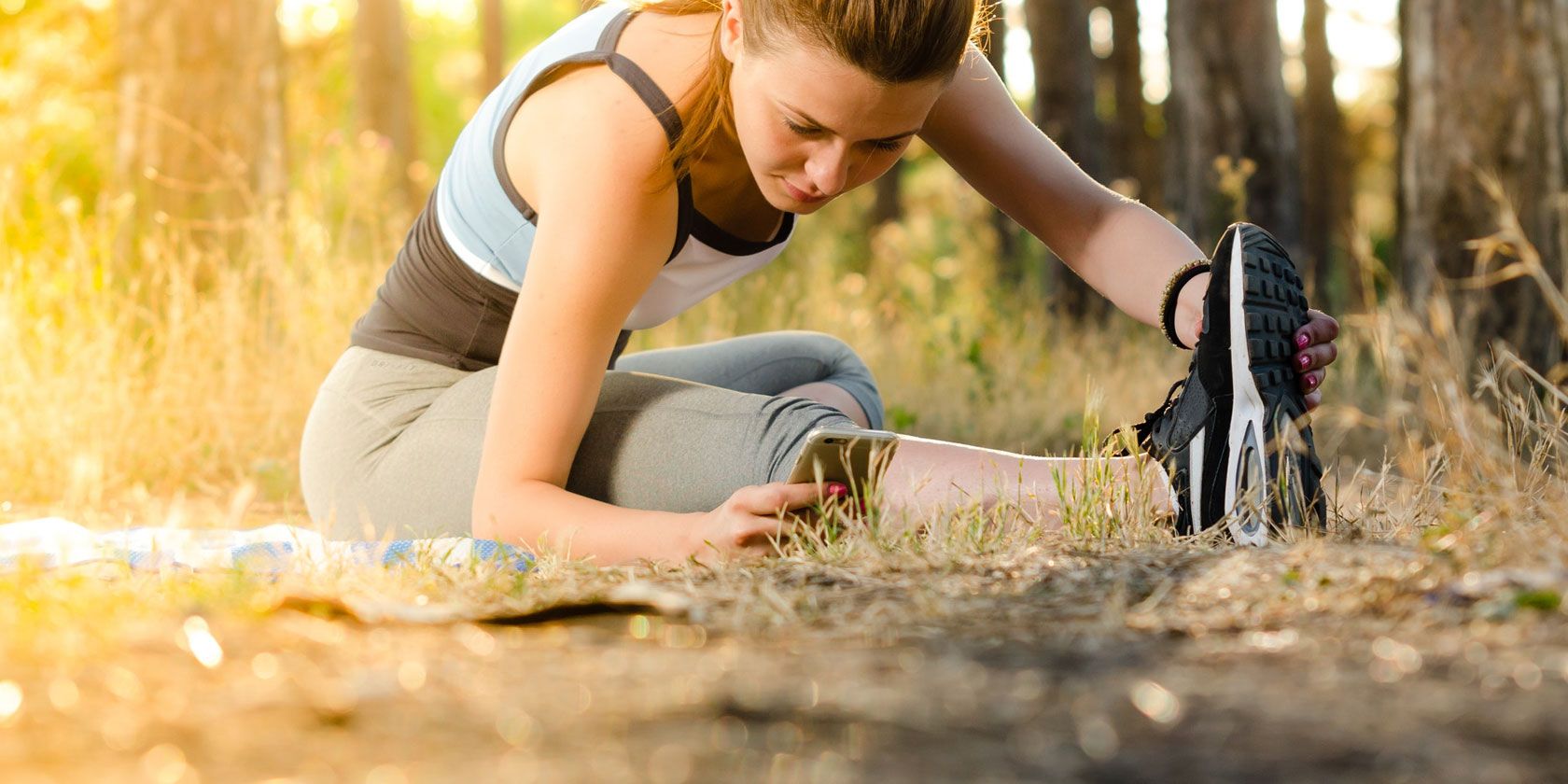 The 10 Best Workout Apps to Get in Shape 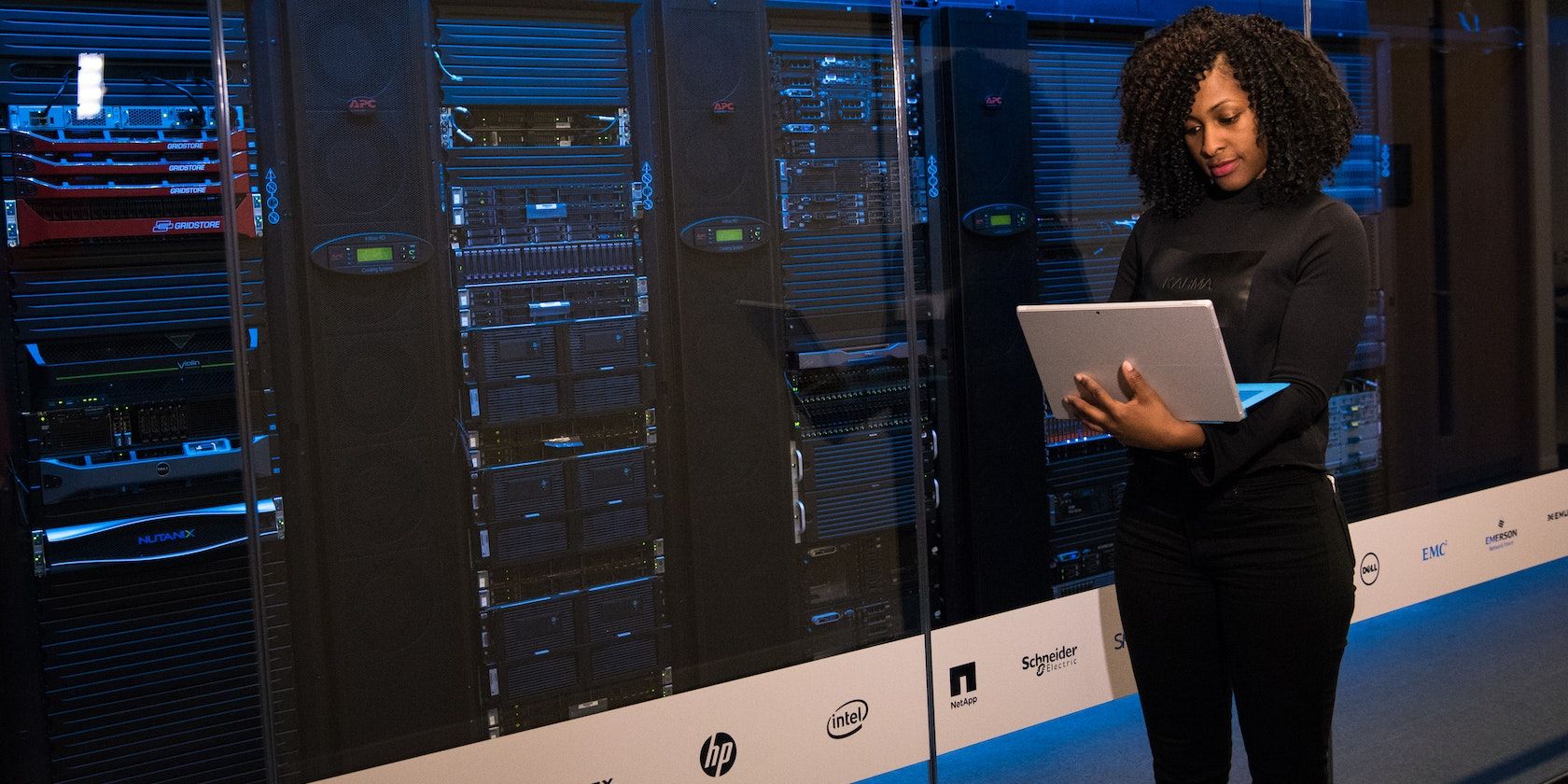 The 6 Best Automation and Orchestration Tools for Linux