Apple has been called a lot of things, but cheap has rarely been one of them. Even going back to the early days of the company, Apple has been known for consistently out-pricing the competition. Basically, if you want to buy Apple, you’d better be willing to pay for it. Even though there are tons of people who are happy to pay the “Apple tax” every time, Apple’s products aren’t always worth it.

Here are our picks for the six most overpriced Apple products you probably shouldn’t spend your money on.

When Apple unveiled the latest generation of MacBook Pro models in 2021, many reviewers hailed it as Apple putting the “pro” back in the MacBook Pro. Whether it was the return of the SD Card slot, the new ProMotion displays, or the blazing fast M1 Pro and M1 Max processors, the new MacBook Pro models managed to generate a buzz we hadn’t seen for years. But one thing that people weren’t so excited about was the new price tag.

The base model 14-inch MacBook Pro starts at a whopping $1,999. That’s $700 more than the previous generation Pro. Talk about sticker shock.

Even if you’ve got a couple of grand to drop on a laptop, Apple released a redesigned MacBook Air in 2022 with a lighter and more portable design than the MacBook Pro, along with a much lower price tag. All this makes the 14-inch MacBook Pro a tough sell for the majority of buyers.

Even though Apple’s latest MacBook Pro models have given users more power than ever to fuel their work and creativity, in this generation, if you want to go pro you’d better be willing to pay for it.

These days, It seems like Apple wants every iPad owner to pick up an Apple Pencil, too. Some of Apple’s recent marketing seems to be based around the idea that the Apple Pencil is all it takes for your iPad to go from a Netflix machine to a creativity powerhouse. But $129 for the second-generation Apple Pencil is just way too much for a stylus.

The Apple Pencil has some great features, like palm rejection, pressure sensitivity, and the ability to charge it directly from an iPad. But while these are nice to have, they’re not essential by any means.

The Apple Pencil is no doubt the nicest stylus you can get for the iPad. But, it’s centered around design and creative work. If you are a creative professional, the Apple Pencil might be worth it. But if you’re like most people, and just want to doodle or take down some notes, you’d probably be better off saving your money and picking up an Apple Pencil alternative instead.

On the surface, the HomePod might seem like an enticing product for anyone with an iPhone. It’s a good-looking, high-quality speaker, and it’s integrated directly into the Apple ecosystem. That sounds pretty great until you realize that at its core, the HomePod is an expensive Siri button.

Although Siri was pretty revolutionary when it launched it all the way back in 2011, since then, Apple’s voice assistant has fallen far behind rivals like Amazon’s Alexa. Siri is usually pretty good at simple tasks like playing music or making phone calls, but it just isn’t cut out for more complicated requests. Alexa on the other hand is much better at understanding context, can answer questions about many more topics, and can even go shopping on Amazon for you.

There’s a whole range of Amazon Echo devices And at $299, the HomePod is way more expensive than any of them. And even if you are Apple-obsessed, the more affordable HomePod mini is a better option for most people.

​​​​​​Apple decided to take the AirPods moniker, the name that revolutionized wireless earbuds, and slap it on an unremarkable, and very expensive pair of over-the-ear wireless headphones—the AirPods Max.

To their credit, the AirPods Max have a unique stainless steel design, and deliver high quality audio, plus they’ve got excellent noise-cancelation. But, there are tons of other options in the premium headphone category that deliver similar or better sound at a lower price.

Even if you’re OK with paying more for less just because it’s Apple, the AirPods Max aren’t even future-proof. Most premium headphones charge via USB-C, but just like every pair of AirPods released so far, the AirPods Max charge with a Lightning connector. Although Apple hasn’t made it official yet, all signs point to the Lightning port making its exit in the near future, which will make the AirPods Max defunct.

If you look at headphones as a fashion accessory first, and you’re in love with their design, maybe the AirPods Max are right for you. For the rest of us though, the AirPods Max just aren’t worth the price.

Apple debuted the original Smart Cover case all the way back in 2011 with the release of the iPad 2. And while the iPad has evolved dramatically since then, Apple’s folio cases have pretty much stayed the same. Just like the original iPad Smart Cover, the Smart Folio is thin and light, but isn’t very good at protecting your iPad from drops or scratches. And because it attaches magnetically, it can easily detach itself if you’re not careful.

Apple’s latest iPads are getting beyond pricey. The iPad Pro starts at $799, and it’s possible to spec one up to over $2000. If you’re going to be spending that much on a tablet, you’ll probably want something more substantial to protect your investment. There are a ton of great iPad cases available, so spending $79 for a piece of silicone and some magnets just doesn’t make sense.

Sometimes Apple is overpriced, but $699 for a set of PC wheels is just ridiculous. As far as desktop computer wheels go, they are pretty nice. They’ve got a spoke-less, stainless steel and rubber design. But, they’re not anywhere near $699-nice. You can pick up a brand-new iPhone 13 mini for the same price, and that’s a product that can entertain you much longer than some shiny wheels can.

For $699 you can get a set of wheels for your car, so anybody willing to part with that much cash for PC wheels just because they’re from Apple might need to get their head checked.

Dear Apple, Some of Your Prices Are Just Crazy

Some people label Apple users as followers who are willing to pay more for their stuff just because it’s made by Apple. While that’s not always true, sometimes it is. You can’t deny that Apple products are high quality, and many times, they’re some of the best on the market, but they’re not always worth their high price tags.

That’s especially true when other companies are producing gear that’s just as good, at a much lower price. Just because it says Apple on it, doesn’t mean it’s worth it. Sometimes the third-party versions are just as good at a fraction of the price. 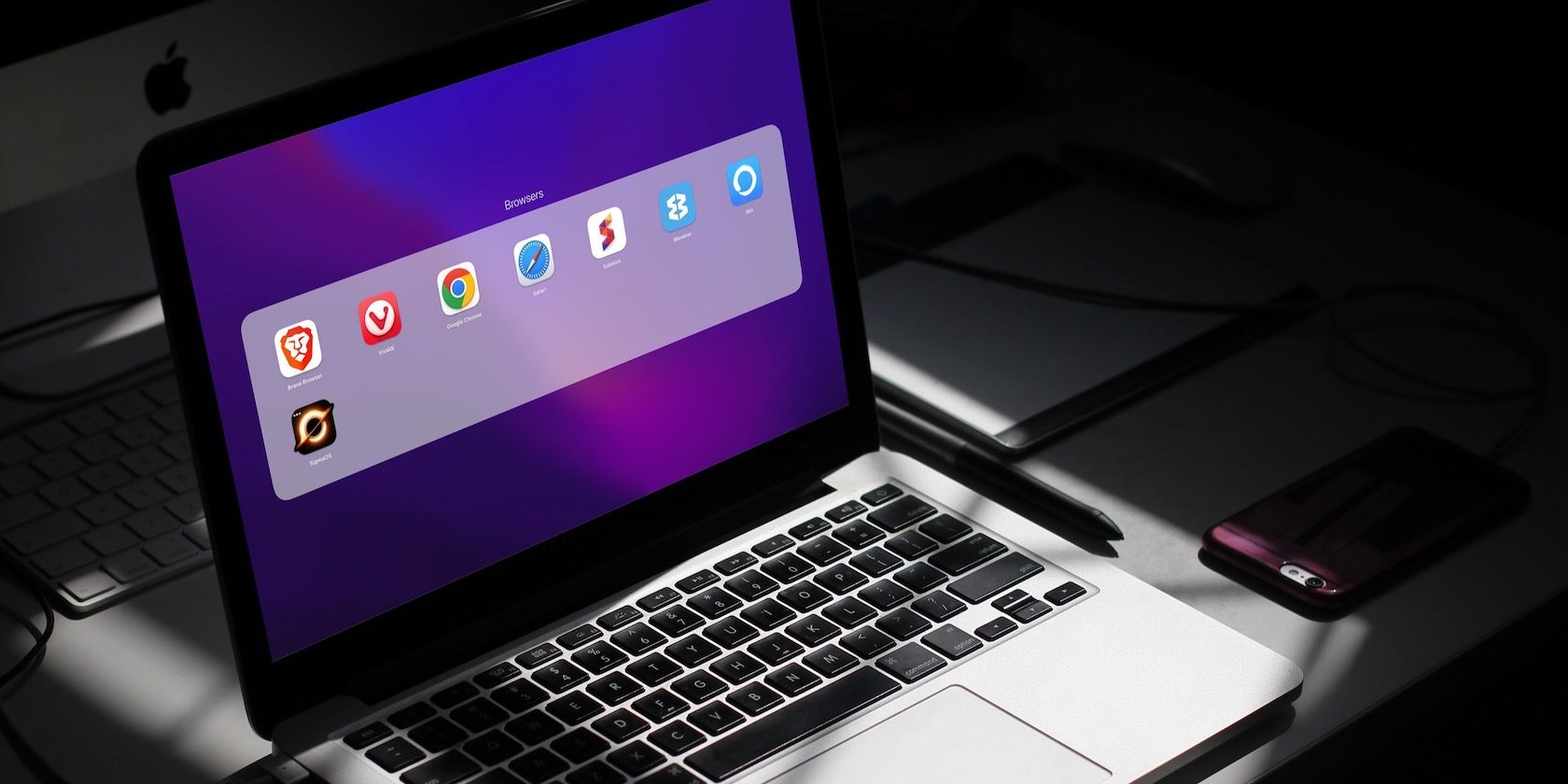 5 Mistakes That Will Ruin Your Browser Setup 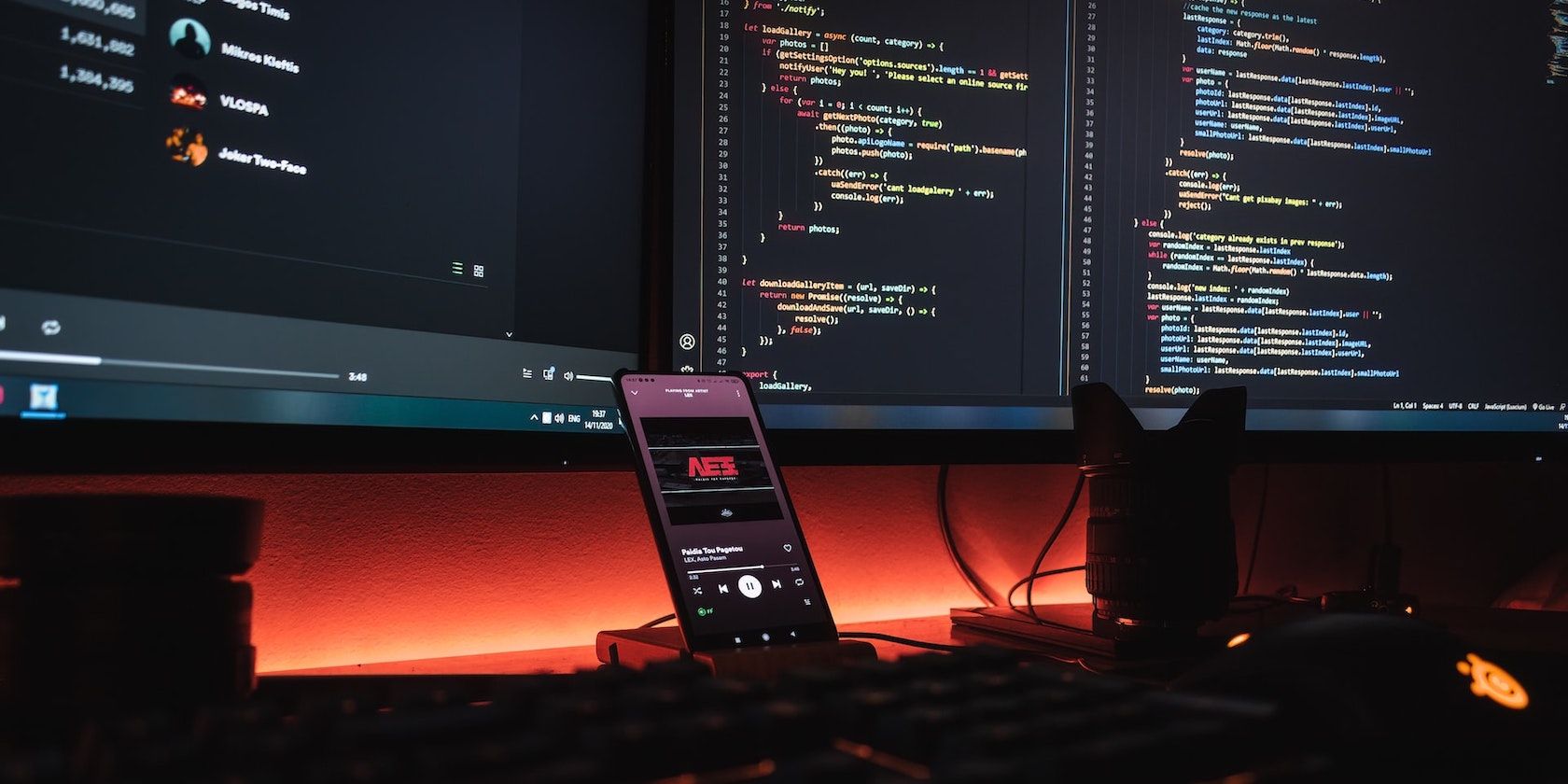 How to Use Bash to Concatenate Strings 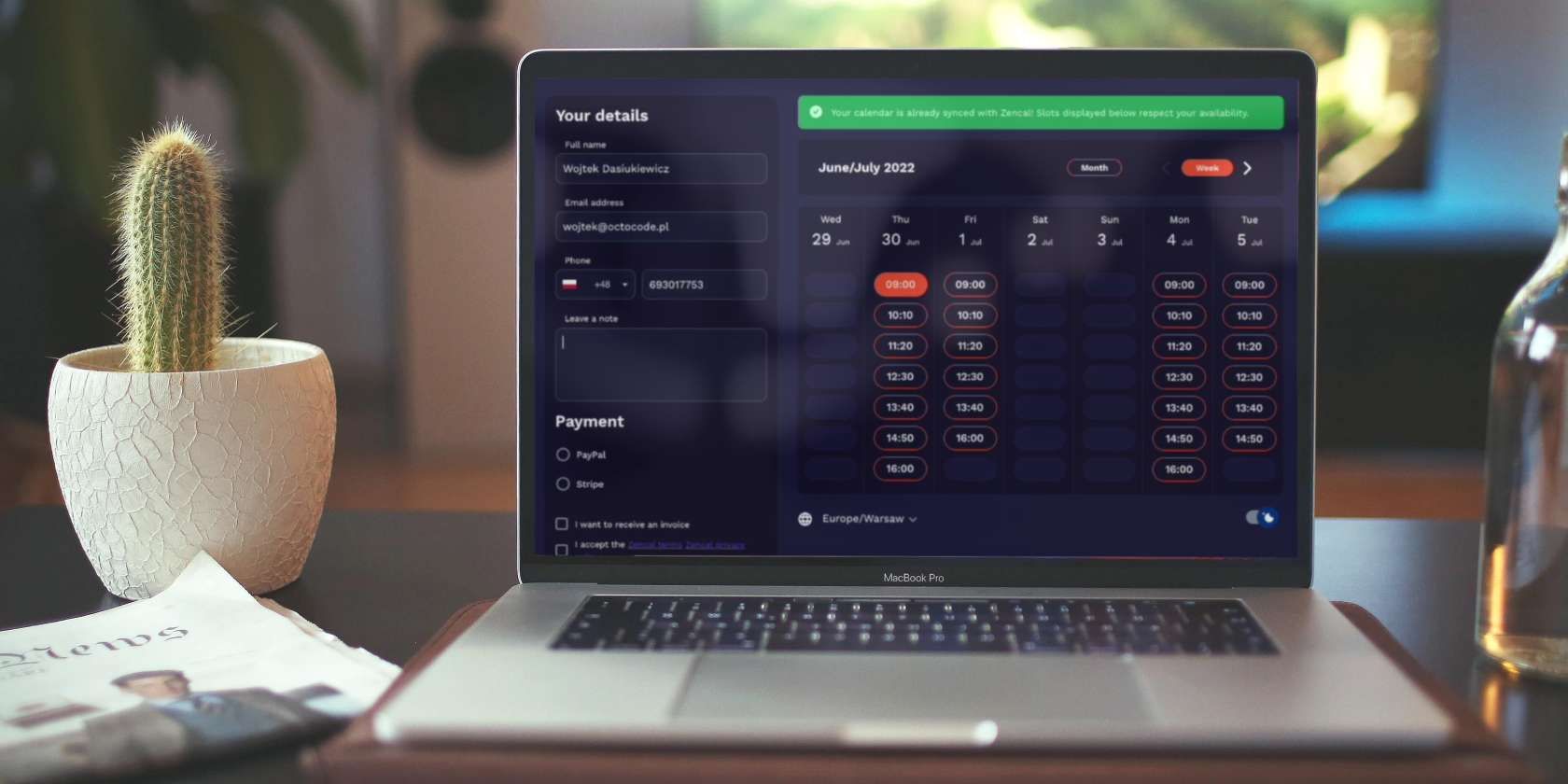 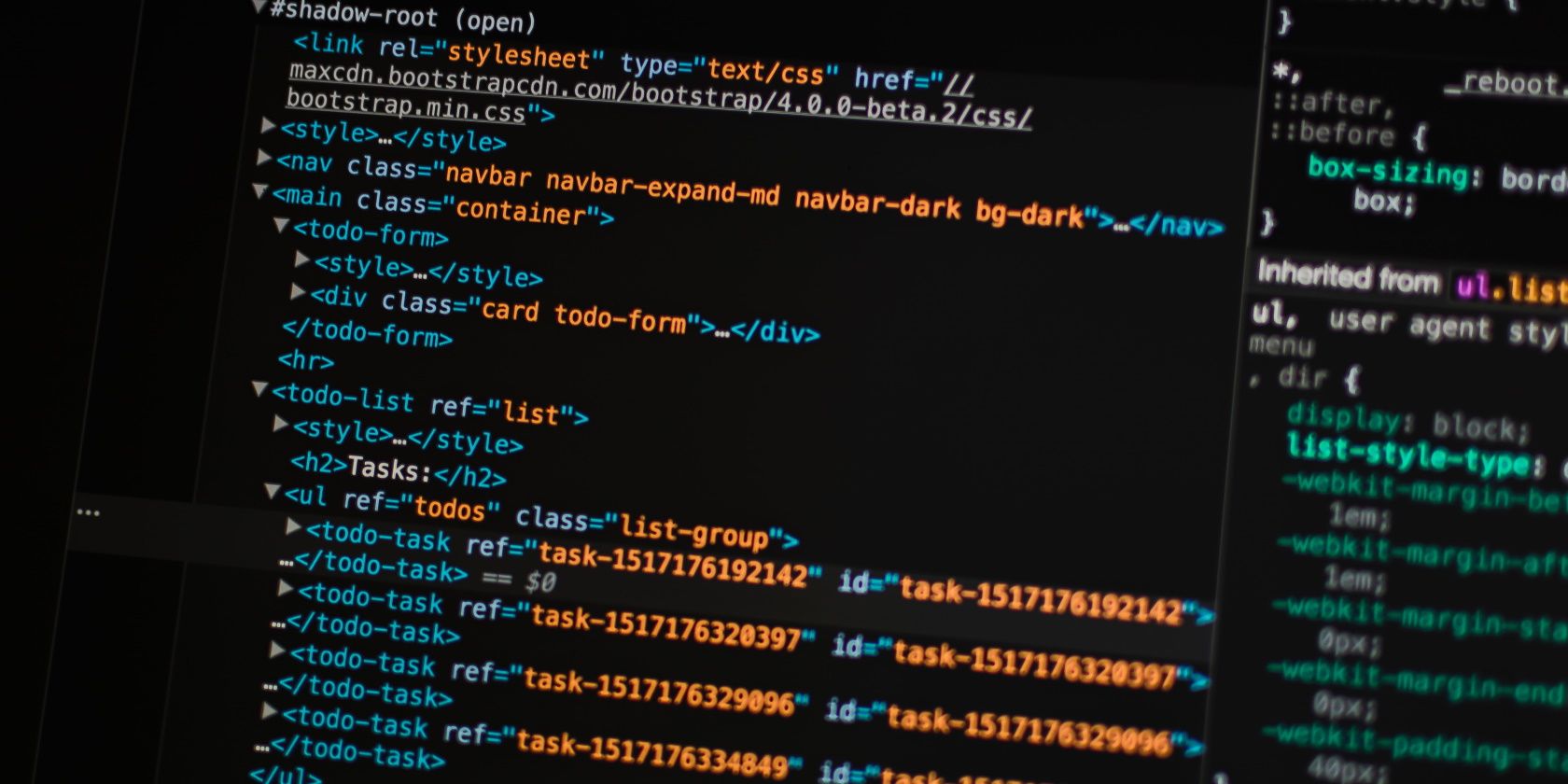