For many people, Android and Samsung are synonymous, especially if you live in the US. The South Korean giant makes some of the best Android devices you can get your hands on, no matter your budget.

However, it’s also true that Galaxy devices are not free from problems, ranging from mildly annoying ones to infuriating ones. In this article, we’ll list down the six worst things about Galaxy phones, shared by a Samsung fan.

Galaxy devices come filled with pre-installed Samsung apps, a lot of which are simply alternatives to the Google apps that also come pre-installed on all Android phones. If you don’t like using the Samsung alternatives, you have to manually delete these apps from your phone to get back all the wasted storage space.

In addition, system apps such as the Galaxy Store, Bixby, AR Zone, and more can’t be uninstalled or disabled, so your only option is to hide them from the app drawer and Home screen.

Also, a lot of Samsung users complain that their phone automatically downloads apps without permission, and there’s no easy way to stop the Galaxy Store from installing bloatware apps on your phone. All the extra bloatware continues to run in the background, hog processing power, and deplete your phone’s battery faster.

Today, software is just as important as hardware for smartphone photography as image processing algorithms are becoming more powerful. But if you own a Samsung phone, you must’ve noticed how it tends to overdo the processing, making your images look fake.

Also, what you see in the viewfinder is so often so different from the end result that you never really know what to expect from your camera. This problem is more prominent on mid-range and budget Samsung phones than on the flagships which have better image processing.

In comparison, photos from iPhones look more natural, consistent, and are never over-processed. No matter which iPhone you buy, you can rely on its camera system.

While we do agree that One UI is one of the best Android skins out there, it’s true that some parts of it are either poorly designed, don’t make sense, or feel incomplete.

For instance, there’s no native option to change the shape of app icons. One UI used to have this option, but Samsung removed it later for no apparent reason. That means you’re stuck with squircle icons, that’s unless you download Samsung’s Good Lock customization app.

We’ve also noticed that it takes too long to register fingerprints, especially for people who have calluses or other skin abnormalities on their fingertips. Sometimes, the phone would just refuse to register your fingerprint altogether due to said abnormality.

Even once registered, some mid-range Galaxy phones take too long to read your fingerprint and unlock the lock screen. This is very inconvenient since you’d have to struggle to unlock your phone every single time.

Widgets and the App Drawer

Another annoying feature of One UI is how it arranges the app drawer. Pretty much every Android phone arranges it vertically so that you can easily scroll it to find your desired apps. It’s natural, fluid, and easy. But Samsung phones arrange it horizontally which means you have to swipe your screen instead of scrolling, which is way less intuitive.

Furthermore, several Samsung widgets aren’t resizable such as Dual clock, Digital Wellbeing, Samsung Internet’s Search, Bixby Routines, Calendar’s Month and today, and more. This makes it harder for you to decorate your Home screen the way you want. Other Samsung widgets are resizable, but only slightly.

We also don’t like how Samsung puts its own services as the default option for many actions in the UI. For instance, long-pressing the power button launches Bixby by default, not the power off menu. And swiping left from the Home screen pulls up Samsung Free instead of Google Discover.

But perhaps our biggest complaint with One UI is how difficult it is to navigate at times. Just to be clear, we love that One UI is packed with useful features, but we can’t ignore the unintended consequence it brings of having to find features buried deep in the software. Because of this, a lot of good features are left unused.

Samsung Pass is a biometric authentication service you can use to quickly sign in to websites and apps using your fingerprint. It’s an autofill service, basically. The best thing about it is that your biometric information is protected using the Samsung Knox security system.

Samsung Knox is by far the most secure Android mobile security platform which makes Samsung Pass more secure than third-party authentication services such as LastPass.

The catch? Samsung Pass is only available on Samsung Internet, the company’s default mobile browser. If you use Chrome or any other browser as your default, you’ll not be able to take advantage of it and Knox security.

Samsung is perhaps the slowest when it comes to increasing charging speeds on its phones compared to its Android rivals. While other brands are pushing out phones with 65W, 80W, 120W, or even higher charging speeds, the highest that Samsung offers right now is up to 45W with its flagship S22 Ultra and S22+ models.

For instance, Google Messages has Smart Reply, Nudges, Suggested actions, Google Assistant suggestions, and the ability to send files in conversations and automatically delete OTP messages after 24 hours. Samsung Messages has none of these things.

In addition, Google Messages is way easier to use on desktop thanks to its Messages for web service; Samsung Messages requires you to jump hoops to achieve the same result. The latter also forces you to use Samsung Keyboard if you want to send stickers in a conversation, and sends you a notification each time you send a new message that you have to swipe away.

The Flaws in Samsung Phones

On one hand, there’s a lot to love about Samsung phones, from the plethora of features to the increased support for customization, to Knox security. But on the other hand, things like bloatware apps, automatic app installs, over-processing of photos, and UI design issues make the experience worse.

Granted, some problems with Samsung phones are not specific to the company; for instance, Xiaomi phones are filled with bloatware too and Nokia and Motorola aren’t exactly known for fast charging. Still, it helps to take note of these problems when you’re in the market to buy your next Galaxy phone. 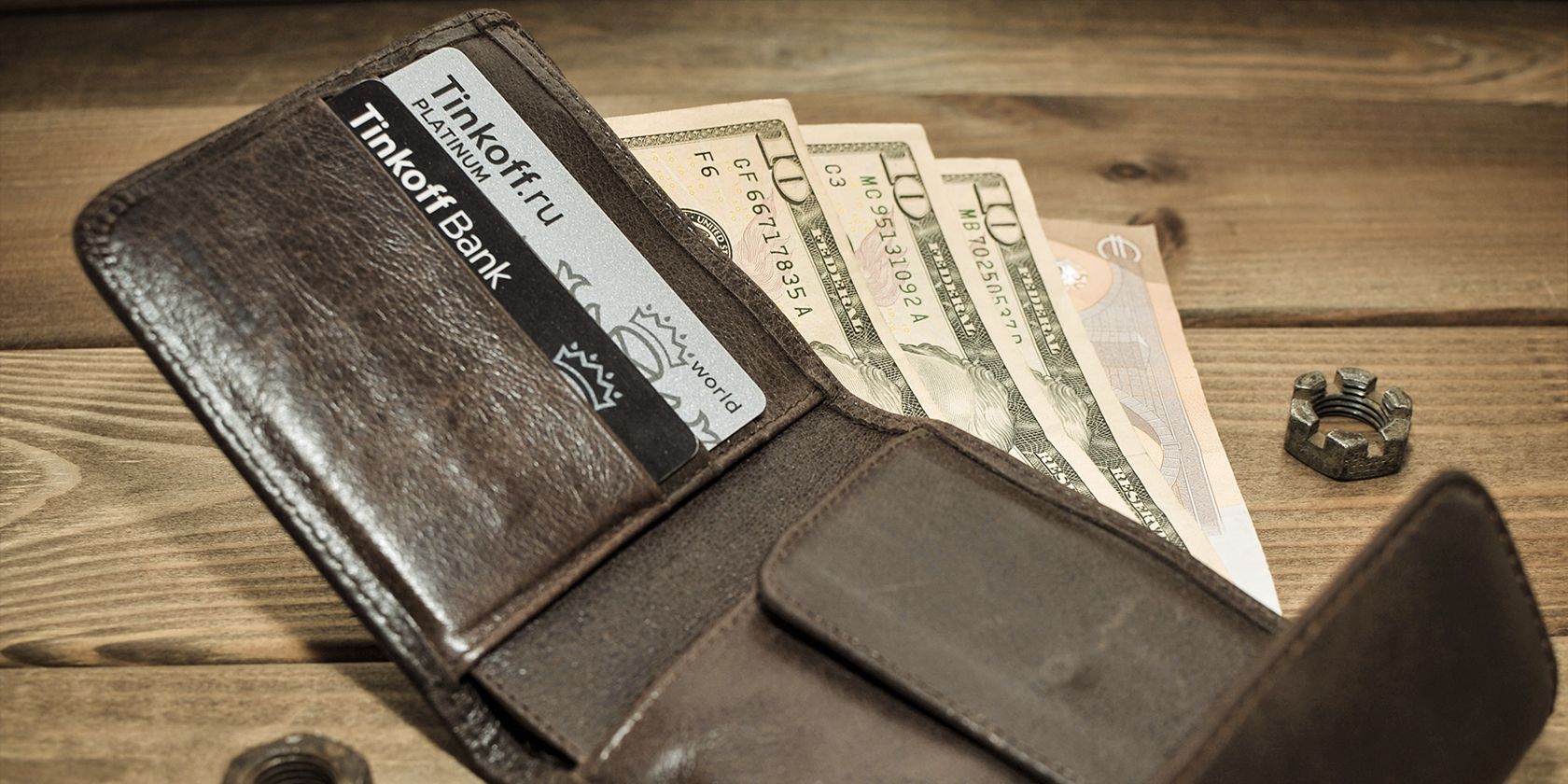 How to Convert Units in Windows 11 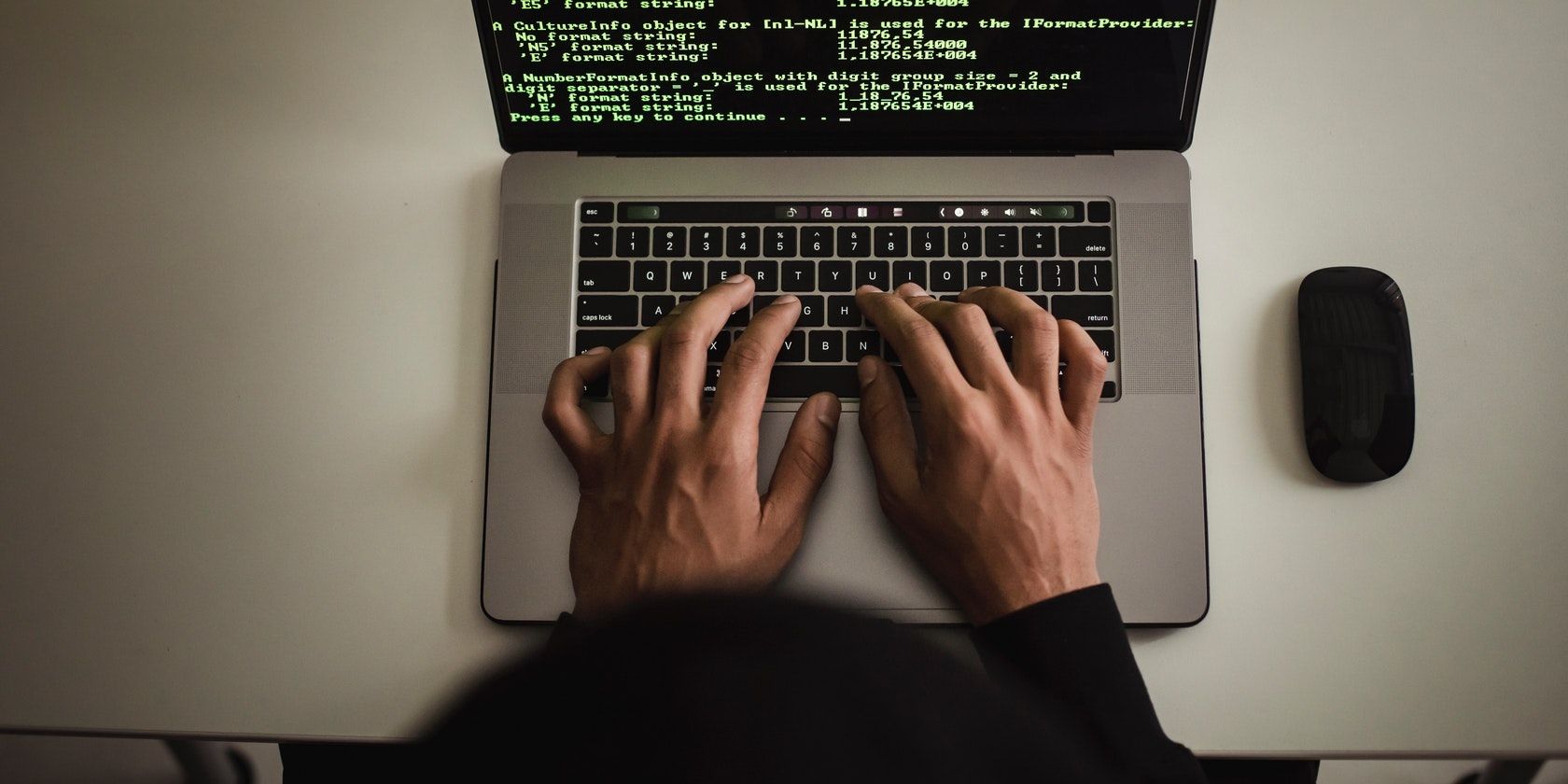 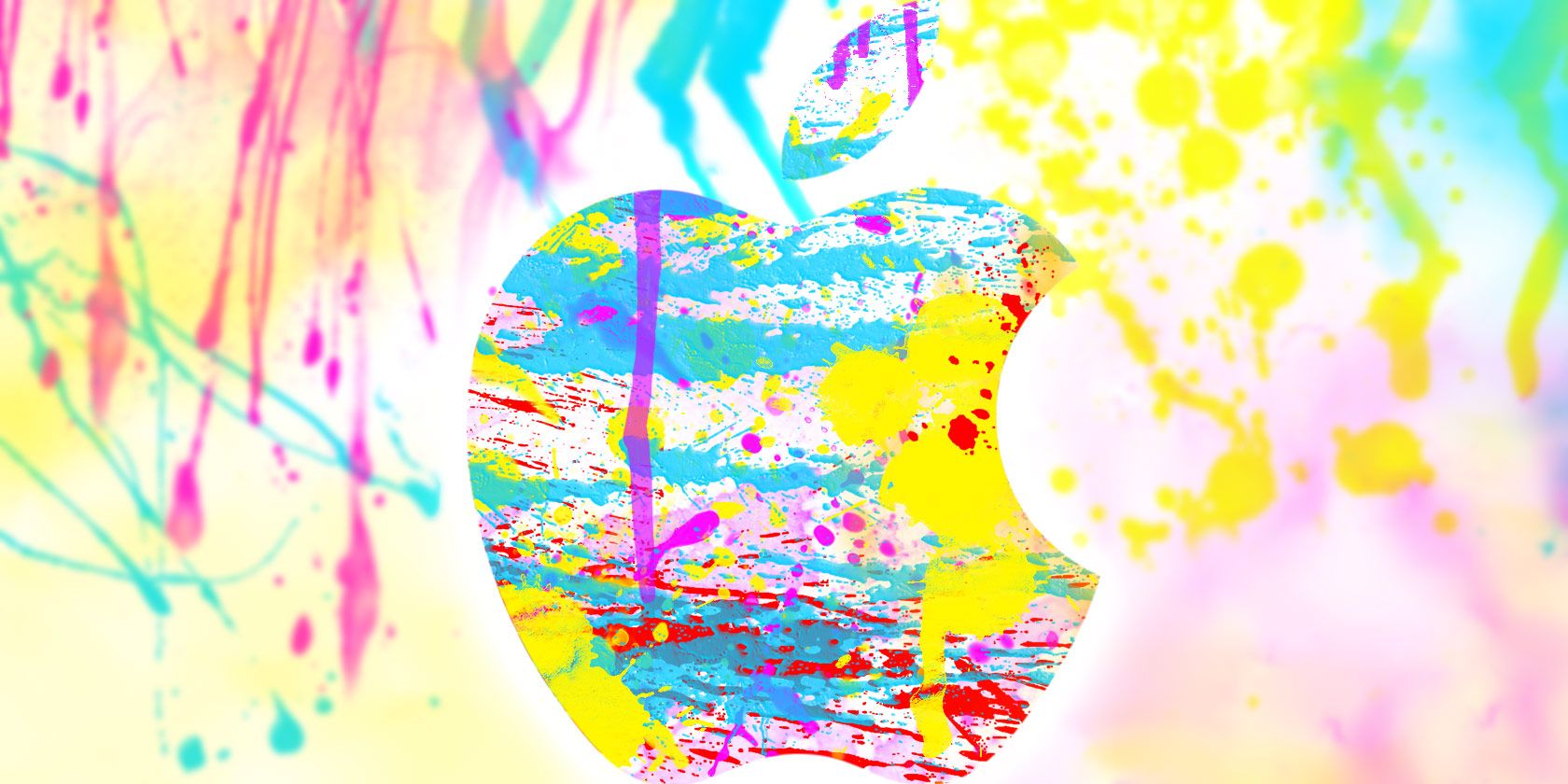 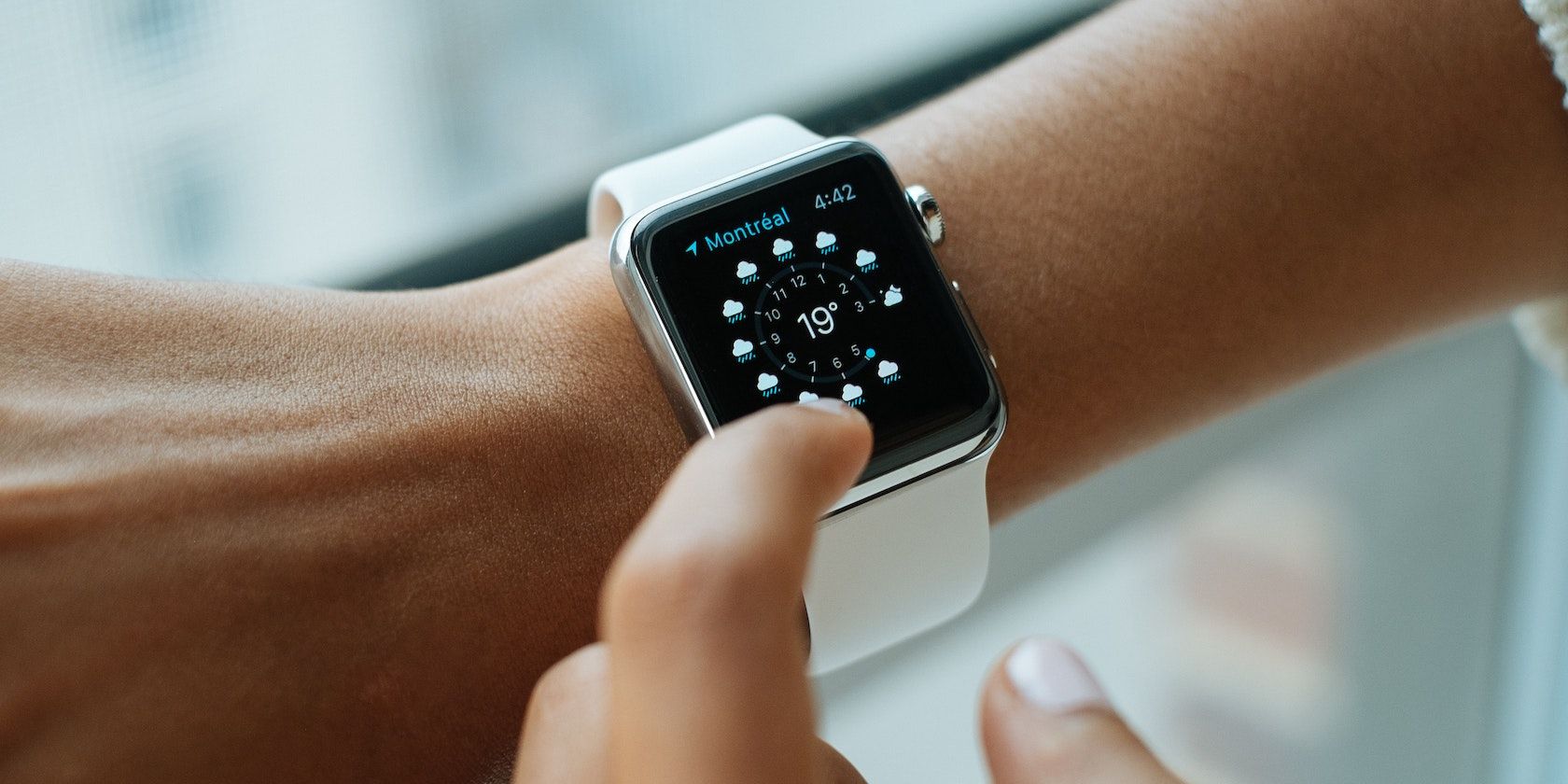