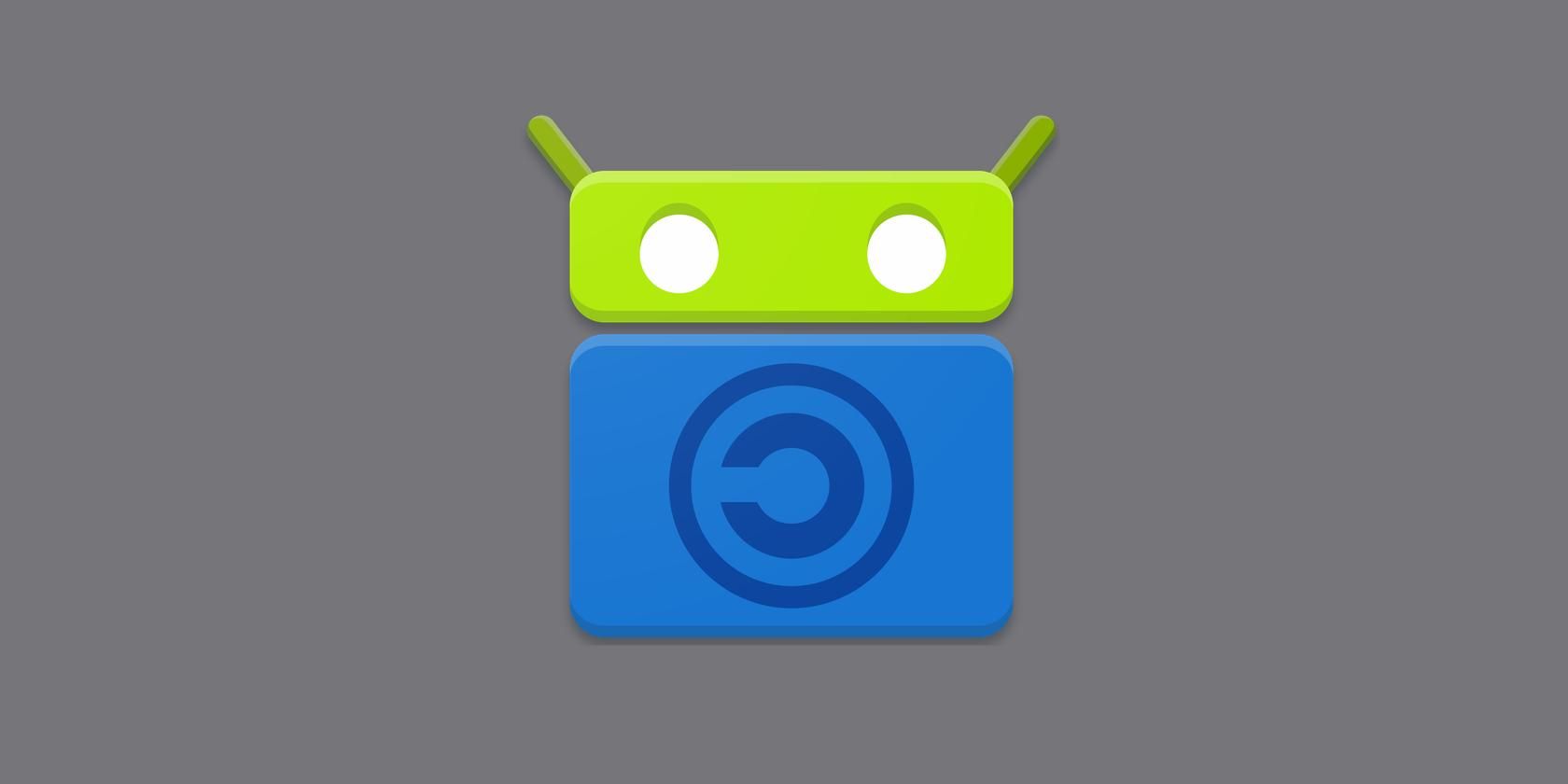 When people think of an app store on Android, most think of Google Play. It comes preinstalled on the vast majority of Android devices.

But if you don’t want to make your bed with Google, you want to preserve your privacy, or you want to stick to free and open-source software, then there is another source that comes to mind: F-Droid. Can F-Droid serve as your primary way to download Android apps? For a growing number of us, the answer is yes!

F-Droid is a volunteer-run, non-profit project that has been around since 2010. F-Droid isn’t actually an app store, per se, since none of the apps are available for purchase. It’s more of a software repository, like what is commonly found on Linux distributions. F-Droid is a catalog of apps, plus an app’s source code, that you can download without needing to create an account.

While you can download apps in the form of APK files from the F-Droid website directly, the recommended approach is to download the F-Droid client. Like the Play Store, the F-Droid app serves as a place for you to download new apps, view installed apps, and manage updates. You can download updates manually or wait for a notification to prompt you.

Reasons to Use F-Droid

F-Droid doesn’t come from a large company, so it lacks a marketing department and many people have never heard of it. Why do people go out of their way to seek it out?

If you would like to use a smartphone without leaking so much information about yourself, installing F-Droid is a good place to start.

Is F-Droid Safe to Use?

To install F-Droid, you will need to enable the installation of third-party APKs, which is also known as sideloading. Android will toss up a pretty scary warning about the risk that this entails. But in many ways, F-Droid is actually safer to use than the Play Store.

That’s because to access the Play Store you need a Google account and a device running Google Play Services, which means you’re required to share quite a bit of information with Google. On top of that, most of the apps, including most of the recommended apps on the Play Store homepage, track you in some way.

Google Play not only fails to warn you of the risks of installing certain apps, but it actively pushes you toward them. You can easily end up in a situation where you share your location and your contacts with various companies just by trying out programs that the Play Store recommends. You can even find yourself running an app that tosses up a sketchy pop-up that you click by accident.

F-Droid doesn’t do any of these things. The software in F-Droid is all software that the F-Droid team compiles using source code, so you have extra peace of mind that the programs offered are open-source and not up to something suspicious. F-Droid even highlights any form of potential tracking or use of non-free code as an anti-feature and places a warning front and center that “This app has features you may not like.”

But F-Droid is not without its risks. For example, the versions of apps in F-Droid sometimes don’t receive updates as quickly as the versions of the same app found on Google Play. This means apps can take longer to receive security patches.

What Kind of Apps Can You Find on F-Droid?

The apps on F-Droid tend to serve a utilitarian function, rather than an addictive or monetary one. Since both Android and F-Droid have been around for years, you can expect to come across all kinds of tools. There are ways to take notes, keep a to-do list, manage photos, edit images, and stay on top of your finances.

Since many F-Droid users and contributors are security conscious, there are many apps for managing passwords, sending secure messages, connecting to a VPN, and locking down your device. You can also find apps that integrate well with free and open online services, such as Nextcloud.

What Apps Won’t You Find?

The first thing that may stand out about F-Droid isn’t the apps you find, but the apps you won’t. The vast majority of software you might expect to find in an app store, you won’t find here.

You won’t find any Google apps like Maps or YouTube. Nor will you find the kind of apps that pair with wearables, like Fitbit or Apple Watch. If you own a thermostat or washing machine with its own dedicated app, you won’t find that app on F-Droid.

Neither will you find all that many games. While there are some games on F-Droid, these tend to be small amateur titles. The best, most high-quality options will be ports of well-established open-source games that you may have also played on your PC, especially if you’re a Linux user, such as SuperTuxKart and Mindustry. You won’t find any of the games from major studios or small shops looking to monetize their title in some way, whether through up-front purchases, in-app purchases, or ads.

Are F-Droid Apps Any Good?

There are many high-quality apps found throughout F-Droid. Unfortunately, F-Droid doesn’t do a great job of helping you find them. The Fennec Web Browser, for example, is the mobile version of Firefox with the trademark removed. The DuckDuckGo browser is also available, giving you two great options for browsing the web more privately.

AntennaPod is a fully-featured podcast client, Tasks.org is a wonderful to-do list app, and Syncthing is there to help you synchronize data between devices. The Wikipedia app is also present. OsmAnd+ can download maps of most of the planet for use offline. It’s not all about work either. There are apps like Muzei, an attractive way to change and display wallpapers.

There are plenty of gems on F-Droid, but after you’ve found them, your app drawer will still look very different from that of most other Android users you know.

Should You Use F-Droid?

Using F-Droid is an adjustment, but if you can turn to it as your primary app store, you will end up with a more private and secure Android device. On the other hand, if you don’t want to do without the apps on Google Play, the benefits become smaller. After all, most of the software in F-Droid is also in the Play Store, reducing the need to install a separate app store.

Whether you can comfortably switch to F-Droid has less to do with the available apps and more to do with how you wish to use your smartphone.

8 Essential Tips for Setting Up a OnePlus Phone 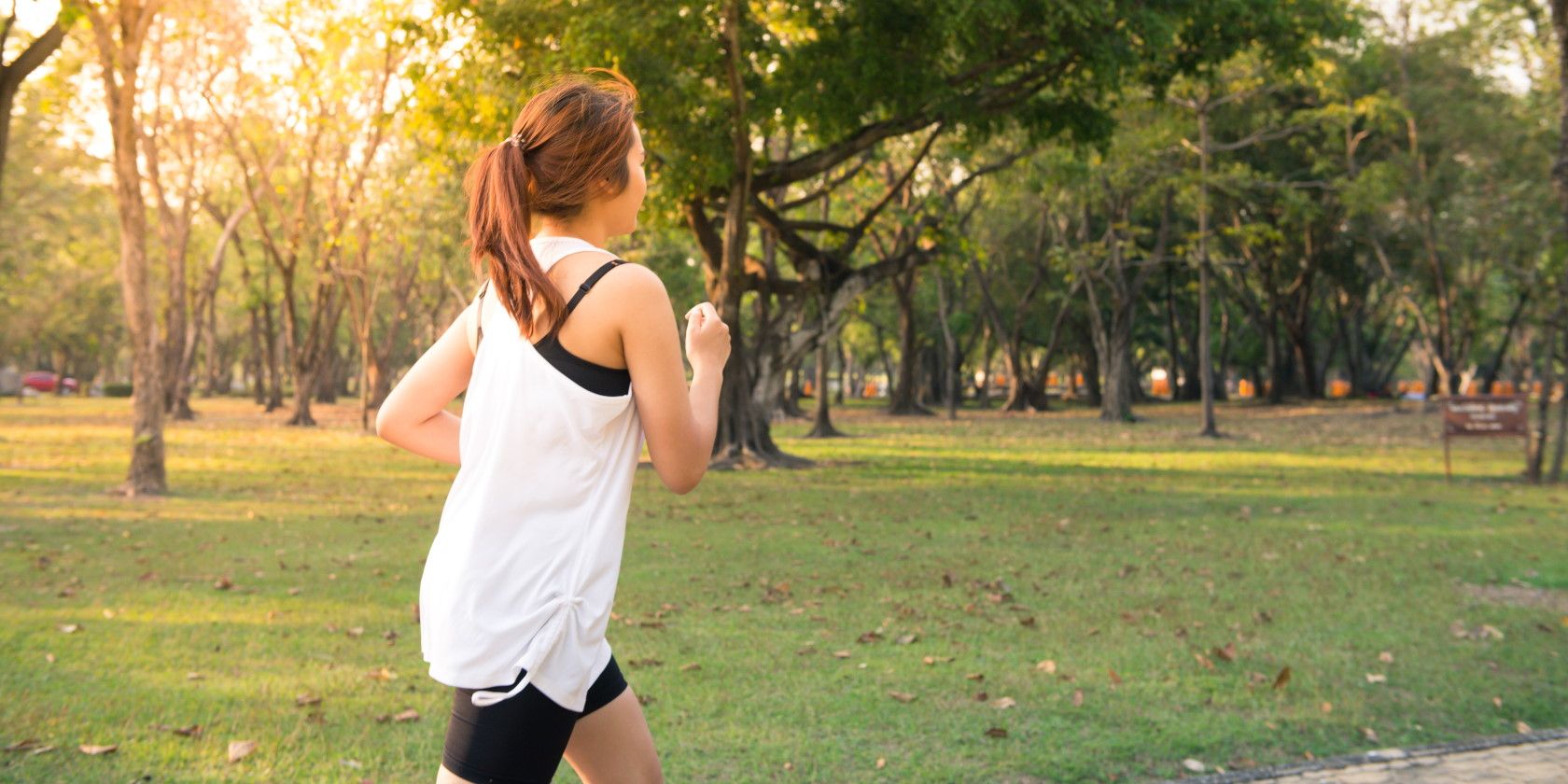 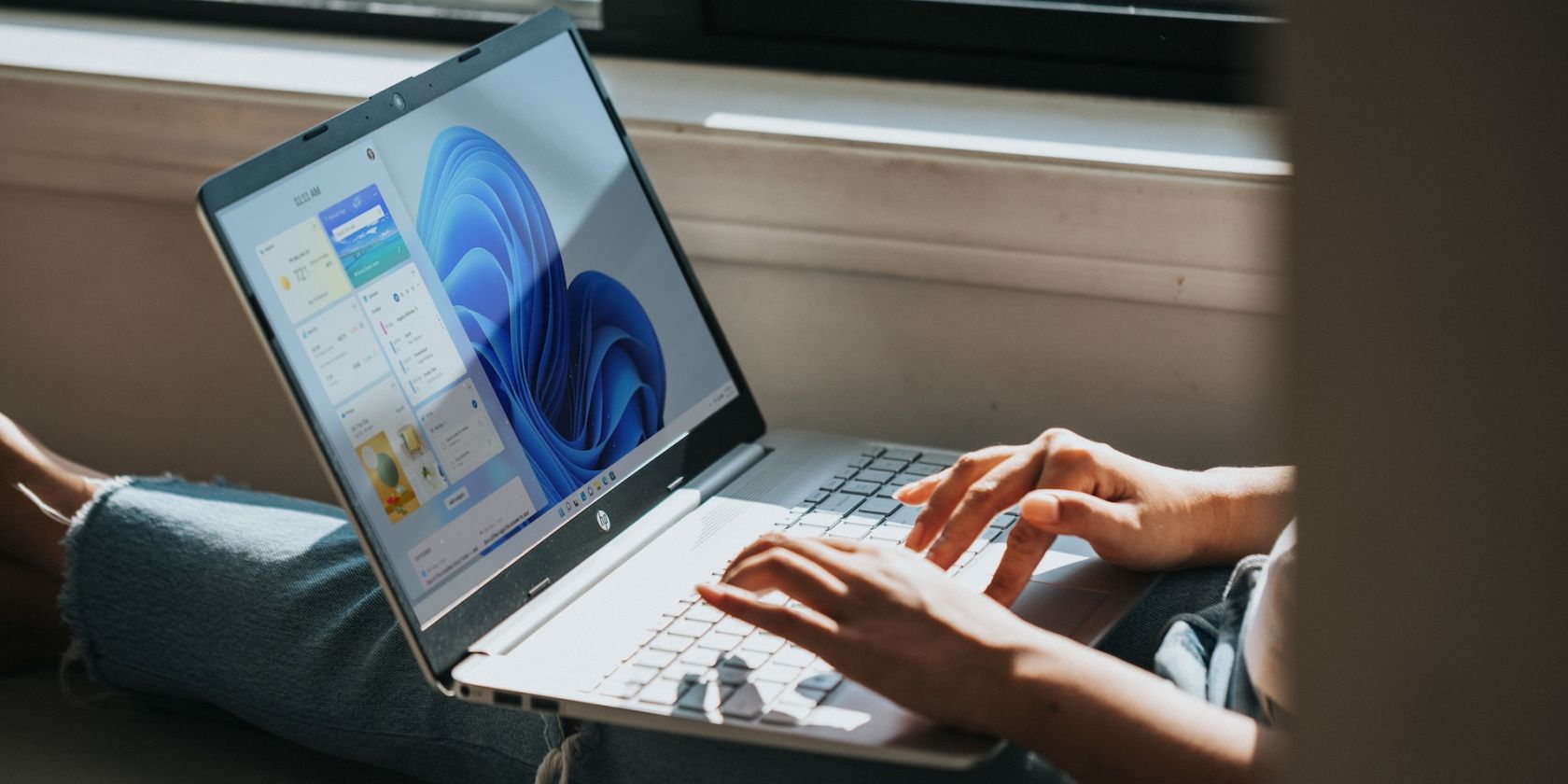 How to Create Fake Error Messages in Windows 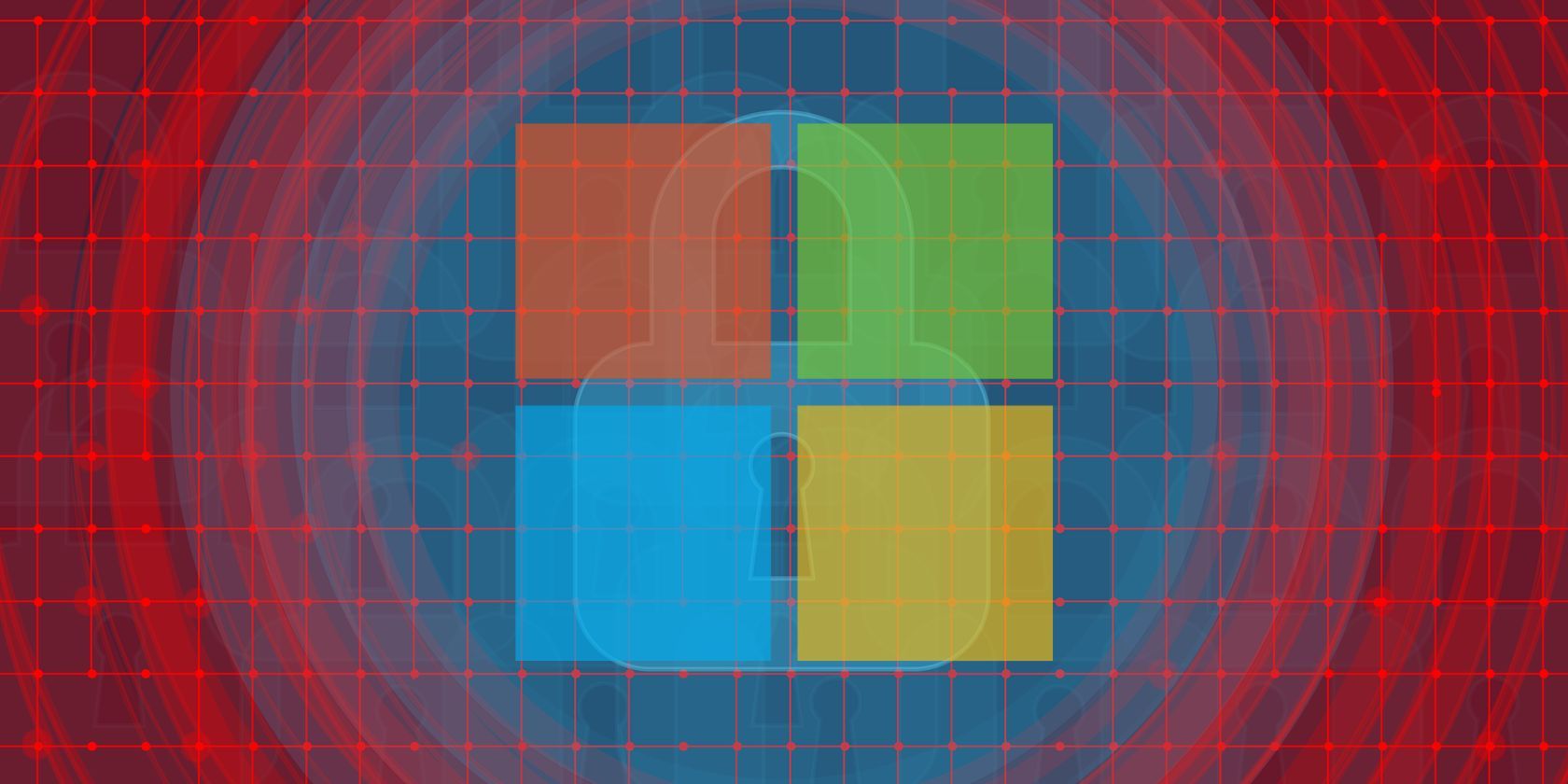