If you are looking to develop a website or a piece of software, you’ll need an app to write and preview your code. That’s where code editors and Integrated Development Environments, or IDE for short, come into play.

Luckily, Linux has plenty of options for you in these categories. We have compiled two separate lists of apps, so you can choose the one you like.

Difference Between a Code Editor and an IDE

A code editor provides a text editing interface to write and edit code. It offers basic editing and formatting features to enhance the readability and management of your code. These apps usually lack advanced features and configurations.

A notable benefit of using a code editor is that it is much lighter than an IDE. Many code editors also provide features like compiling, debugging, and support for most programming languages.

An IDE is a software development environment that provides tools to develop complex software. It offers various tools like an editor, debugger, and compiler needed in the development cycle.

Different IDEs provide different features and configurations suitable for specific projects. IDEs are much more advanced than editors and offer features you won’t find in a code editor.

The Best Code Editors for Linux

Let’s take a look at six of the best code editors available for Linux.

Visual Studio Code is a code text editor for programmers. This app is an advanced code editor as it offers IDE-like features too. Its developer support and lightweight configuration have gained vast popularity among programmers.

The app provides tons of extensions that add more features and support for programming languages. A handy feature of VS Code is its good integration with Git. Its amazing feature set makes it the best code editor Linux users can have (or at least among the very best).

Visual Studio Code is open source and free for all. It is a cross-platform app available for every major Linux distro, Windows, and macOS. You might need to install Git alongside VS Code to use its version control features, however. Refer to this tutorial to get an idea of how to install Visual Studio Code on Linux.

This app was initially launched as a code editor, but it has introduced some IDE-like features with time. It offers various features such as a minimap, multi-select, custom snippets, code indentation, and automatic file type recognition through structures.

The trial version of Sublime Text is free to download and use. It is available for all platforms and also supports plugins that add to the functionality of the editor.

Atom is a text editor for programmers developed by the GitHub community. It is highly customizable and allows you to add your configurations to it. You can also add various plugins to Atom, and the app supports many programming languages.

You can personalize this code editor with different themes. Atom is lightweight and easy on RAM. It is completely free and open source and is available for all major Linux distributions, including Ubuntu and Arch Linux.

Brackets is a code editor with some basic IDE-like features. If you are a web developer, Brackets is an excellent choice for you. It is pretty lightweight yet robust.

The app allows you to design and see app previews in real-time for web applications. It has an inline editor that allows opening a window in the required code.

Brackets is open source and free for all. It has good community support, too, so rest assured, you’ll get quick solutions to all your problems.

Komodo Edit is a multi-language code editor for programmers and web developers. It provides some basic debugging and testing features usually found in IDEs.

The app has good AI-powered code intelligence that allows the removal of syntax mistakes. It also supports version control systems such as Git. Various extensions are available to supercharge the app; some of them are paid, though.

Komodo Edit offers its basic features free of cost for individuals. However, Team and Enterprise versions with advanced features require a subscription. You can also download its IDE version for free if you are an independent developer.

Geany is another Linux code editor for programmers. It focuses on performance through its lightweight and clean user interface.

You can also use it as an entry-level IDE, but it was originally developed as a code editor. The app offers some good features such as syntax highlighting, plugins and extensions, code navigation, project management, and many more.

Geany is a free app. You can install it either from the official website, the GitHub repository, or using third-party websites. It also allows downloading multiple themes to personalize the interface.

The Best IDEs for Linux

Here are four of the best Linux IDEs that you can download on your machine.

IntelliJ IDEA is easily among the very best Ubuntu and Linux IDEs for Java and Android developers, with tons of powerful features for software development. It has been an industry standard for years.

The app has a smart code intelligence algorithm that reduces your code-writing efforts. It also detects syntax and build errors efficiently.

IntelliJ IDEA has two versions: Ultimate and Community. All Android and Java features are available for free in the Community version. However, web development and some advanced features require the Ultimate version, which is paid.

Eclipse is a powerful Java development IDE. It has excellent developer support and offers stable performance out of the box. The app is one of the most advanced IDEs that offer front-end development features.

Eclipse has good language support. You can use it to code in C, C++, COBOL, Fortran, Haskell, JavaScript, PHP, Perl, Python, R, Ruby, Ruby on Rails, and Scheme.

Eclipse is a free and open-source IDE. It also has some advanced versions that offer enterprise features.

Apache NetBeans is a fast and powerful IDE for software development. It has good community support, and you can use it to write code in various languages.

Apache NetBeans is an open-source project and is free to use. You might need JDK configured on your machine before installing NetBeans.

Bluefish started as a code editor, but now it has some solid IDE features. It is best suited to web developers and designers.

The app offers auto-completion of tags, indentation, powerful search, and integration with external programs. It also supports most languages such as HTML, CSS, Java, Python, C++, C, and many more.

Bluefish is free and open source. It is a cross-platform app available for all platforms.

Develop Your Next Big Masterpiece Using These Apps

Working on an excellent code editor and IDE is the key to web and software development. The ones mentioned above are industry-standard IDEs and editors.

You can select a suitable app according to your preference, such as appearance, performance, memory consumption, or disk space usage. Each app has some unique features, so it would be best to test a few before deciding which one to go for.

For those who need an entire operating system dedicated to software development, there are several Linux distributions for programmers that fit the bill. 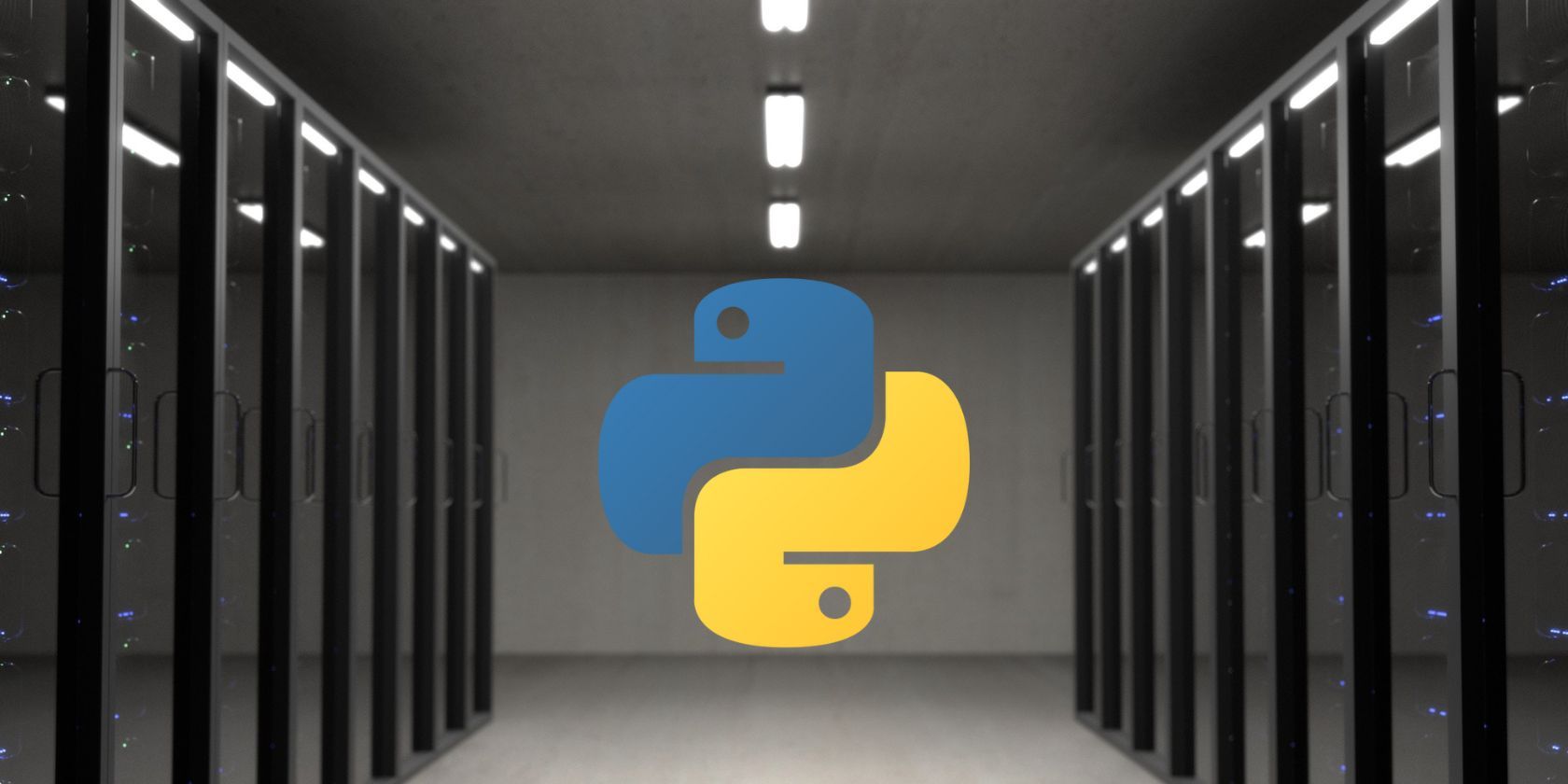 How to Extract IMDb Data With Python and Cinemagoer 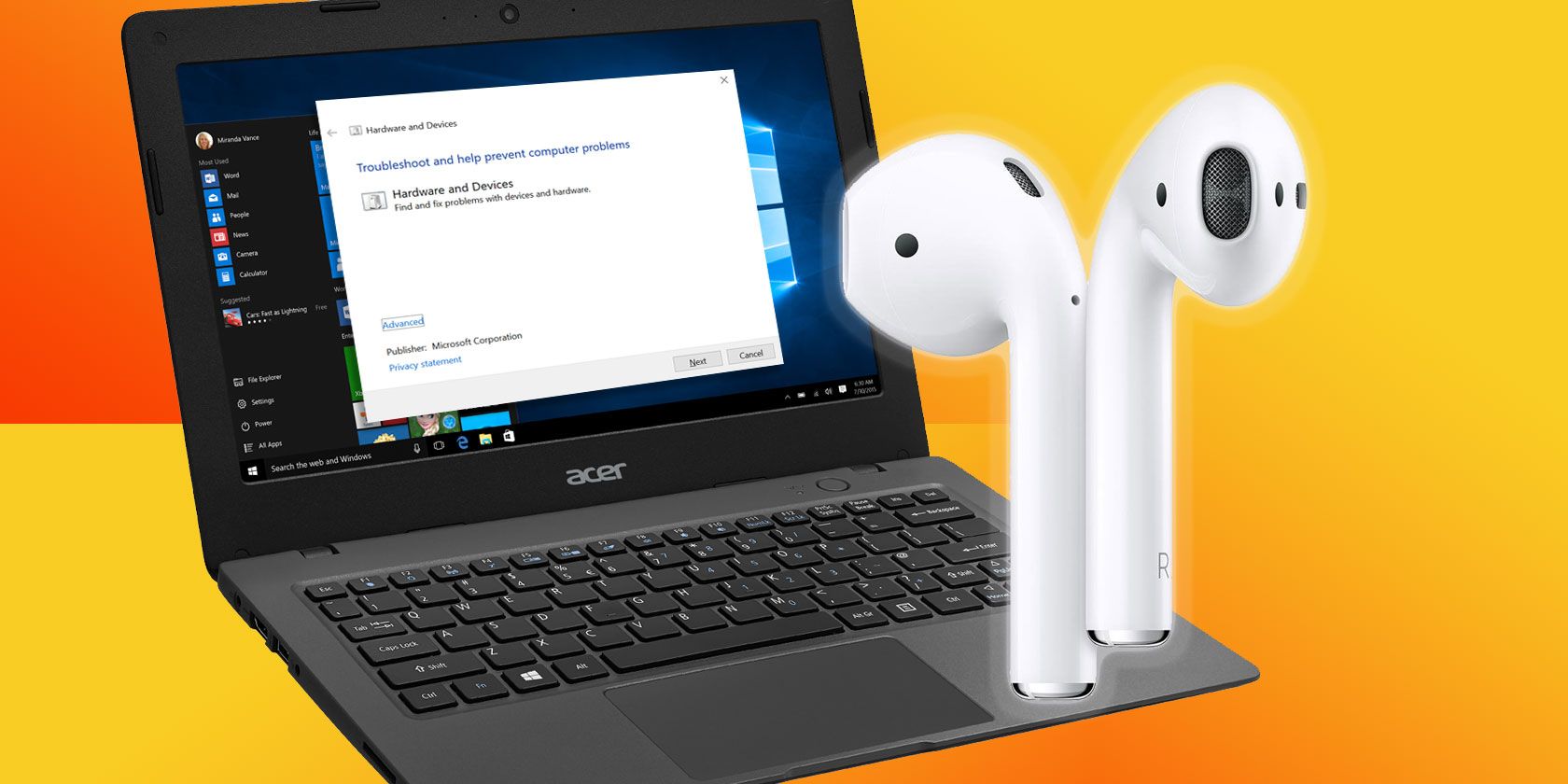 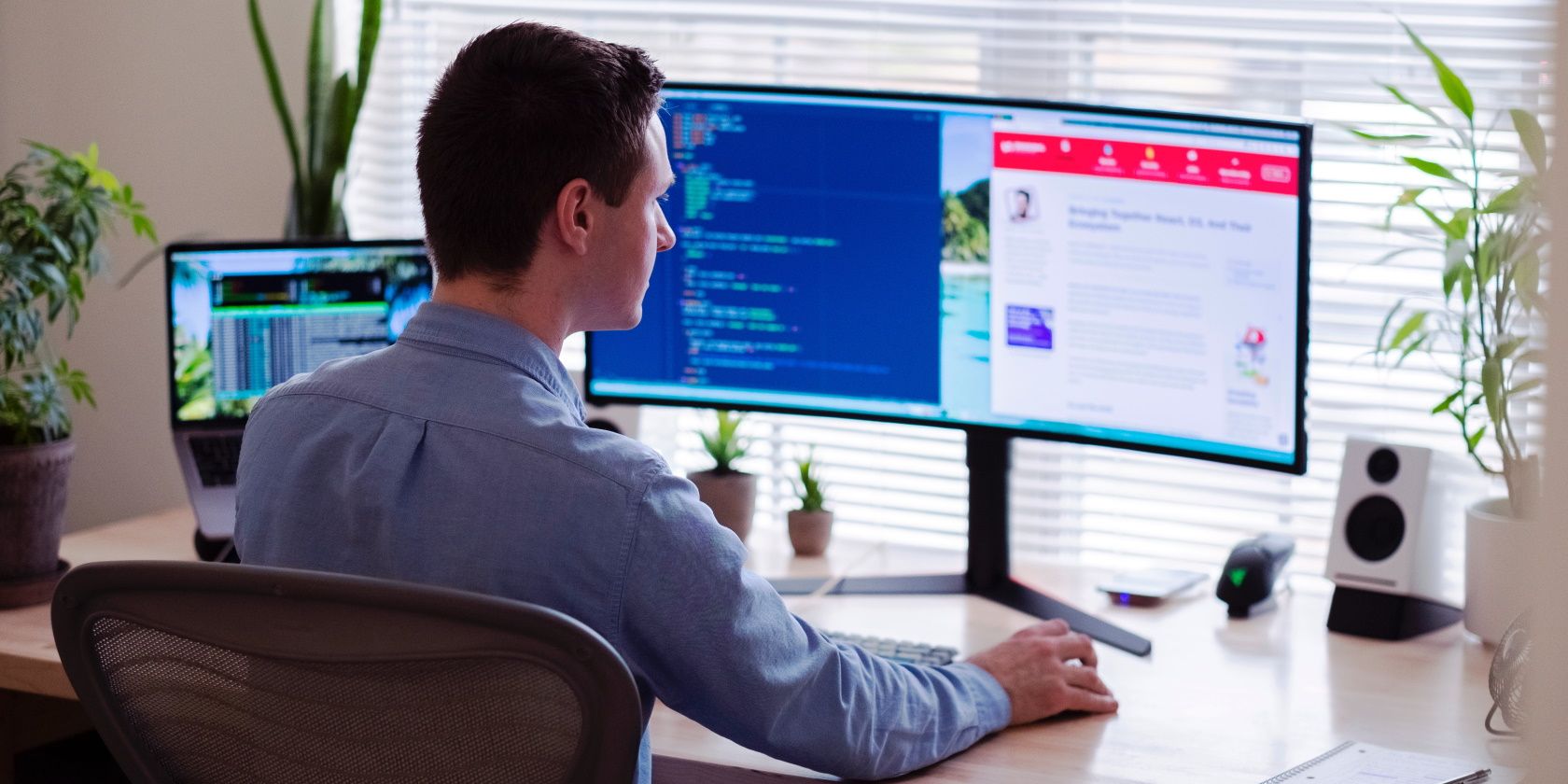 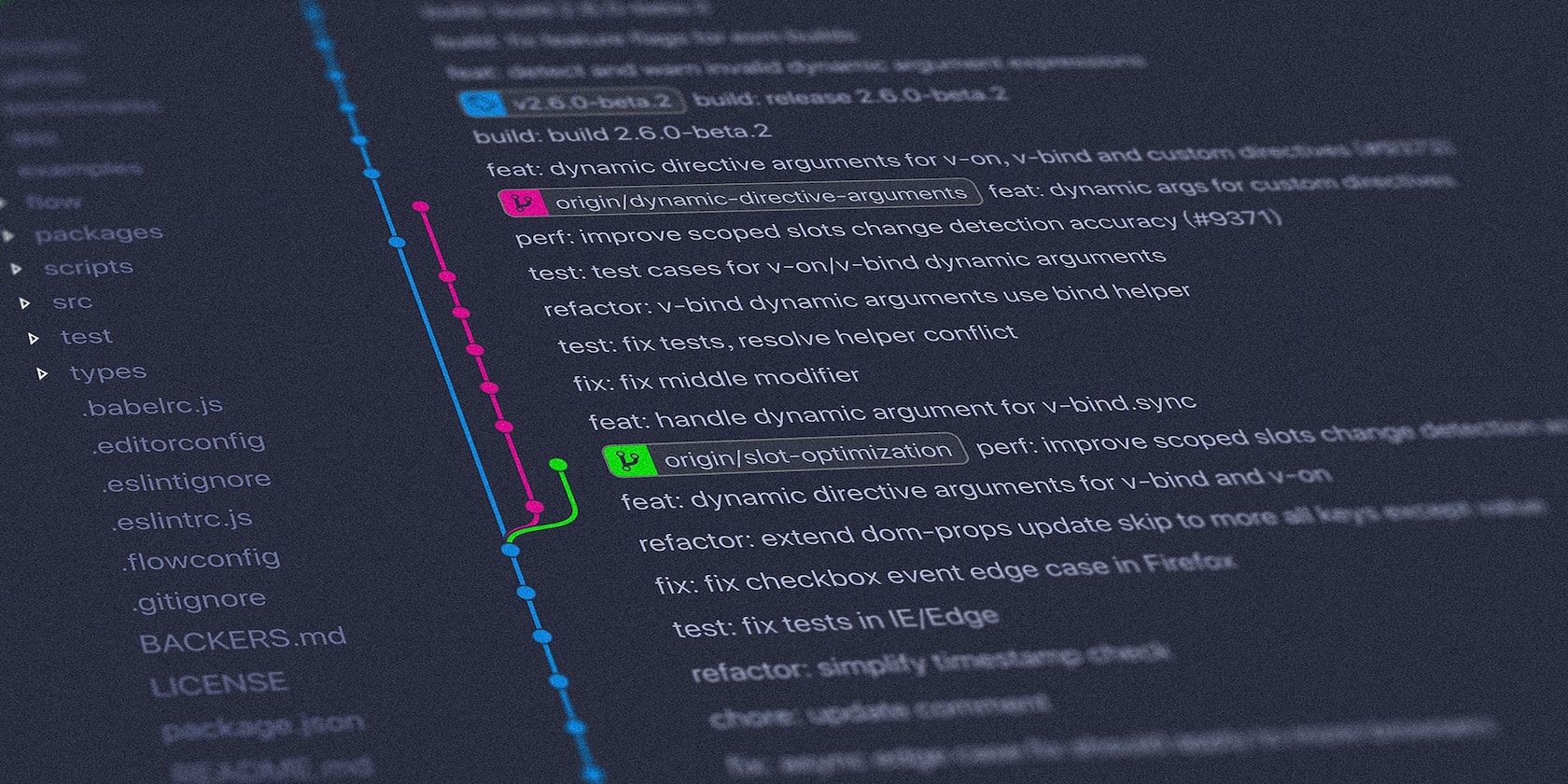 How to Check and Update Your Git Version on Linux, Mac, and Window