Installing a new roof is a really big deal. It takes a lot of time, sometimes even days, and it does cost quite a bit of money and effort. If you’re going to make the investment, would you rather end up with a roof that collects free energy for you, cuts your bills, protects you during power outages, and maybe even charges your car? The Tesla solar roof system can potentially do all of these things for you, but it comes with a significant up front cost. So is the Tesla solar roof worth it?

The Tesla Solar Roof is designed to look like a traditional, everyday roof made out of shingles. The difference is that some of these shingles are photovoltaic. That means they soak up the sun’s energy so that it can be used to provide electricity inside the home.

All the shingles are glass tile shingles, but only some of them are solar shingles. This creates a uniform, streamlined look and it doesn’t look like traditional solar panels at all. This is a very sleek design and it definitely sets the Tesla Solar Roof apart from other options.

Here’s the thing about solar energy: you can never harness the sun’s rays and use the solar energy to make your microwave work. Your microwave doesn’t work on solar energy. It runs on AC current, just like everything else in your home.

AC current is the type of electricity that comes out of your electrical outlets. Your TV, computer, lamps and all appliances are powered with AC energy.

Solar panels soak up the sunlight but that energy doesn’t go straight into your electrical outlets. No, first it is transferred from solar energy to alternating current through the solar inverter. You monitor this whole system using a powerwall, which is an electrical device that reads data from all these different components.

How Much Does It Cost?

The Tesla Solar Roof itself is extremely competitive in the solar energy market. However, the cost of installing a new roof and a new energy system is still definitely going to take a nice bite out of your budget. So how much does this whole new roof cost?

The price of the solar roof tiles is $1.80 per watt as of Tesla’s most recently available information. The inactive glass shingles that accompany the solar tiles come in three categories: simple, intermediate and complex.

For a home of about 1,700 square feet, the Tesla Solar Roof costs about $10,000 more than going with more traditional designs and simply installing a new roof and then installing solar panels. If you forget about solar shingles entirely and don’t choose Tesla’s system, you will spend several thousand dollars less.

It’s a great deal of money and this cost puts many people off making the upgrade to solar energy. However, the money you will save does mitigate the cost of the Tesla Solar Roof. On average, you will save around $2,000 per year on your energy bill. The Tesla Solar Roof has an average lifespan of about 25 years, so you can do the math there.

Is it possible for small roof shingles to really harness the sun’s energy? Absolutely it is. However, the Teslas Solar Roof does not absorb as much energy as traditional solar panels, according to product reviewers.

It does, however, absorb sunlight and turn this into energy that can be used to power electrical systems inside the home. The solar roof shingles work but right now, the shingles available do not generate as much solar energy as more standard solar panels.

Is the Tesla Solar Roof Worth It?

The cost of the Tesla Solar Roof is more than the cost of a standard new roof and solar panels put together. The Tesla Solar Roof certainly is sleek and it’s actually available in a pretty impressive range of designs, with tiles made in several different styles that can suit any number of existing architecture styles.

It can add some resell value to your home and it does pay for itself over the years. It integrates quite smoothly into the rest of the Tesla home solar system, the other components of which you will need in order to transform the sun’s energy collected by the roof into standard alternating current, AC current, that powers your electrical outlets.

With the total cost of the system, including the roof, the Teslas home solar system is pretty pricey. It does work well and it is sleekly designed, though it is more expensive than other solar options and far more expensive than much more simple DIY solutions.

Is the cost of the Teslas solar roof worth it? Many reviewers say no, mostly because there are very few reviews of the roof itself and because Tesla increased the total price of the system after it had already been released on the market at a lower price.

It will cost you less to install more standard solar panels on your roof. However, there are ways to save money and still use the Tesla roof. You can pay a reputable roofing company to tear down the old roof on your home, saving you a great deal of money because you can skip right to installing the new Tesla roof shingles.

Crunch the numbers yourself and weigh the cost of the Tesla name and technology against other, more traditional solar options. Solar roofs may in fact be the fad of the future and soon, more standard solar panels would look old and clunky. Or trends could go in the other direction.

Home trends tend to change and they are often unpredictable, so there is no way of knowing how the future of solar energy and solar panels is going to go.

Weigh the costs and the savings and decide for yourself if you want to pay a little more. Who knows? Tesla technology could always be a big future selling point in real estate.

Still have questions about Tesla roofing and solar power in general? There’s a lot to know about this ever-developing technology. Being able to answer the most common questions will help you make a better and more informed final decision.

When you make huge, costly home improvements, you expect that this will increase your property value and add more money to your home’s resell potential. After all, that’s half the point of making big home upgrades.

You expect that the upgrades you make will come back to you in the form of resell value for your home. This helps mitigate the cost of making these big upgrades in the first place.

However, this may not be the case with a solar roof. In some cases, having a solar roof can increase your resell value by up to $15,000, according to the Office of Energy Efficiency and Renewable energy. But this is not always so.

The amount your home’s price increases, or if it increases at all, has a lot to do with you where you are located and who is buying your home. Solar panels are not always a selling point for every buyer, as some do not like the look of solar panels.

A sleek Tesla roof looks very much like a normal roof, however, which can be a pretty big selling point with potential buyers because they get the money-saving power of solar but without the look of solar.

Find the right buyers and you will find yourself in a much better bargaining position.

How Long Does a Tesla Solar Roof Last?

Tesla says its solar roof and the components that go along with it will last for about 25 years. This is exactly how long fiber cement shingles will last on average. However, other roofing options can last considerably longer. Wood shake roofs last about 30 years. Slate, copper, and tile, which are among the most expensive roofing options, can last 50 years or longer.

You can also look into options that provide energy-saving options, such as a white roof that reflects the sun’s heat to reduce cooling costs inside the home during the warmer months or insulating roofs that hold the heat inside your home during the cold winter months.

Other roofing options, however, will not provide you with free, clean energy. Remember that solar energy is an added benefit that pays for itself in a variety of ways. Not only is the energy it provides completely renewable, free, and absolutely free of all toxic emissions, but scientific experts also say it’s much better for the environment overall to use solar power as opposed to fossil fuels like coal and oil.

Does Tesla Solar Roof Pay Off?

The Teslas Solar Roof is extensive at first. Replacing a roof is an intense procedure, whether you’re using solar shingles or not. But based on the average savings you can expect on your utility bill, the roof will pay off in time. Depending on the size of your home, the roof will totally pay for itself in just a few years.

The average cost of energy savings adds up to $2,000 per year. With an average expected lifespan of 25 years, the Tesla Solar Roof can save you as much as $50,000.

This is an amount of money that will certainly pay for the cost of the Tesla solar system, particularly if you figure in the potential resell value you have also added to the home. In time, the Tesla Solar Roof will absolutely pay for itself and then some. If you have a long enough window, the money you save will end up being much more than your initial investment.

5 Ways to Save Money With Alternative Energy

DIY Solar: Is It Worth It?

Harness Solar Power For Your Home And Garden

The Pros and Cons of the Tesla Powerwall Home Battery 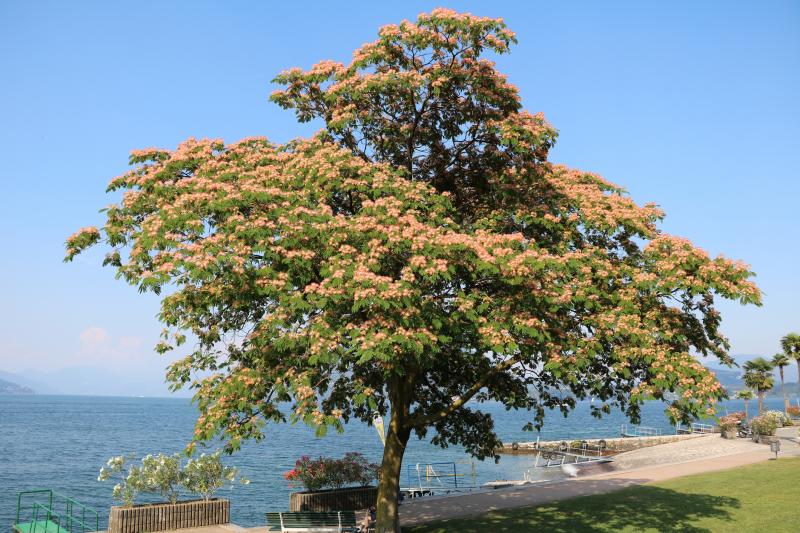 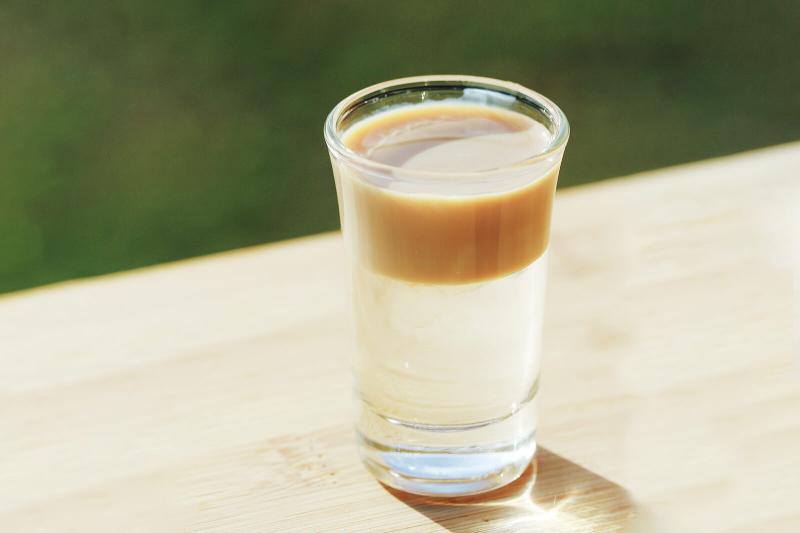 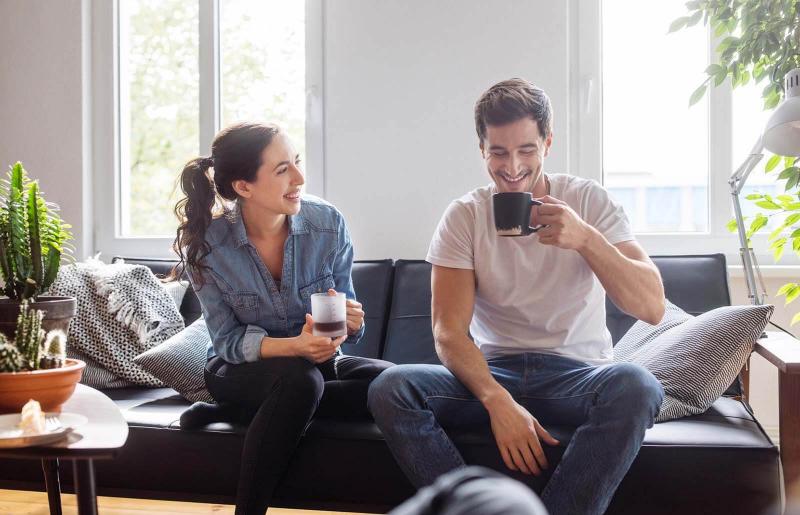 150 Would You Rather Questions for Couples