As tech geeks, we like to be optimistic when new tech companies enter the smartphone industry hoping to bring something new to the table. At the same time, we can’t help but be realistic about their chances of success given how competitive this industry is.

Yet, the new tech startup Nothing, led by former OnePlus co-founder Carl Pei, has got the whole industry talking about its debut phone the Nothing Phone (1). But hype aside, can Nothing actually succeed in the smartphone market? Here’s what we think.

Why Nothing Will Succeed

First, let’s take a look at the key reasons why Nothing can succeed in the smartphone industry. Despite the immense amount of risk, there are a few things that can give the company a solid edge over its more established competitors.

Perhaps the most powerful weapon Nothing has in its arsenal is its refreshing design. Nothing boasts about it quite a lot in its promos. The company claims phones today all look exactly the same and that tech companies aren’t innovating anymore, so consumers are left to settle with boring-looking one-size-fits-all devices.

Although it’s a bit of a controversial take, most people agree that smartphones aren’t as exciting as they used to be a few years ago and that it’s becoming increasingly hard to find notable differences between two Android phones.

Nothing Phone (1)’s design is clearly different with its transparent back and white “Glyph interface” LEDs which are sure to attract tech geeks and enthusiasts. Put side-by-side with most Android phones, the Phone (1) will stand out—from the back, at least.

2. OnePlus Fans May Shift to Nothing

OnePlus revolutionized the smartphone industry in many ways. It mainstreamed fast charging and fast refresh rate displays while offering one of the best Android skins, OxygenOS.

However, ever since Carl Pei left and OnePlus decided to merge with Oppo, the company has received a lot of backlash from fans. Remember, OnePlus and Oppo are both sub-brands of Chinese giant BBK Electronics.

Knowing this, it’s possible that a lot of OnePlus fans will consider shifting to Nothing since it’s led by Carl Pei. Part of the reason why OnePlus succeeded was that it listened to user feedback and focused on creating a customer community—during its early days, at least. If Nothing pulls off the same, it can steal OnePlus’ market share.

No matter how impressive the phone is or how great Nothing’s marketing is, at the end of the day, if the phone is simply not worth it, it wouldn’t take long for buyers to lose interest. After all, it’s one thing to be excited about a product and a whole other thing to actually buy it.

The Nothing Phone (1) starts at £399 (roughly $475) for the base variant carrying 8GB RAM and 128GB storage. That’s not cheap, but it’s also not overpriced for the specs and features the phone offers. Take a look:

And with the NothingOS, you get a nearly stock Android experience, which means less bloatware than the competition. Even if you don’t find the LEDs exciting, the phone isn’t a bad deal on paper, especially if you’re not a fan of Samsung or the Chinese alternatives.

Why Nothing Will Fail

As excited as we are that a new competitor is trying to enter the smartphone market, we have to address the things that prove to be deadly for the company. Here are the three biggest reasons Nothing will fail.

We’ve explained before in depth why enthusiast smartphone brands fail and how they have no choice but to evolve in order to survive. So far, Nothing is using the same tricks from OnePlus’ playbook that helped the latter build hype and gain popularity: target the enthusiasts, make big promises, and create excellent marketing material.

But the fact remains, there’s no such thing as a successful enthusiast smartphone brand because serving enthusiasts is simply not a profitable business model in the long run.

If Nothing refuses to evolve to preserve its brand image and continues to target enthusiasts, it’ll miss out on the bigger market of regular buyers. Outcompeted by Android rivals, it may meet the same fate as Essential, LG, HTC, Microsoft, Palm, and other failed brands.

2. Not Enough Novelty Other Than Design

Nothing proudly claims that it wants to change the smartphone industry for the better, that it’s unique and unlike anything that’s out there. But given what we know about the phone, it doesn’t seem Nothing is ready to deliver on its promises.

Nothing’s big claims about being different may end up being the very reasons it’ll receive hate when it fails to fulfill buyer expectations. Simply having a new design is often not enough to survive in the market. And to add to the bad news, the Nothing launcher didn’t really receive a positive first impression from tech reviewers either.

OnePlus succeeded because it had the financial, material, and entrepreneurial support of its parent company BBK Electronics. And let’s not forget that many older OnePlus phones were simply rebranded versions of Oppo phones that helped save costs—a strategy that’s very commonly used among Chinese phone makers.

Nothing, on the other hand, is an independent London-based company that is starting from scratch. And like most startups, it’s underfunded. Due to this lack of capital, Nothing will have less money to invest in R&D.

As a result, it might not be able to keep up with the innovations of tech giants like Samsung and Apple. And in the tech industry, not innovating and coming up with new features regularly is pretty much a death sentence. Also, don’t forget the Phone (1) isn’t coming to the US.

Nothing Is Certain Yet

We’re not expecting Nothing to revolutionize the industry. Not even close. The smartphone market is already super saturated; at best, Nothing may end up being yet another Android phone brand you can choose from alongside Samsung, Google, and others.

But, of course, all this is just speculation. Nothing might come up with some new technologies that can become mainstream. And if it plays its cards right, it might even become a great replacement for OnePlus. But for the time being, we’re going to bet our chips elsewhere. 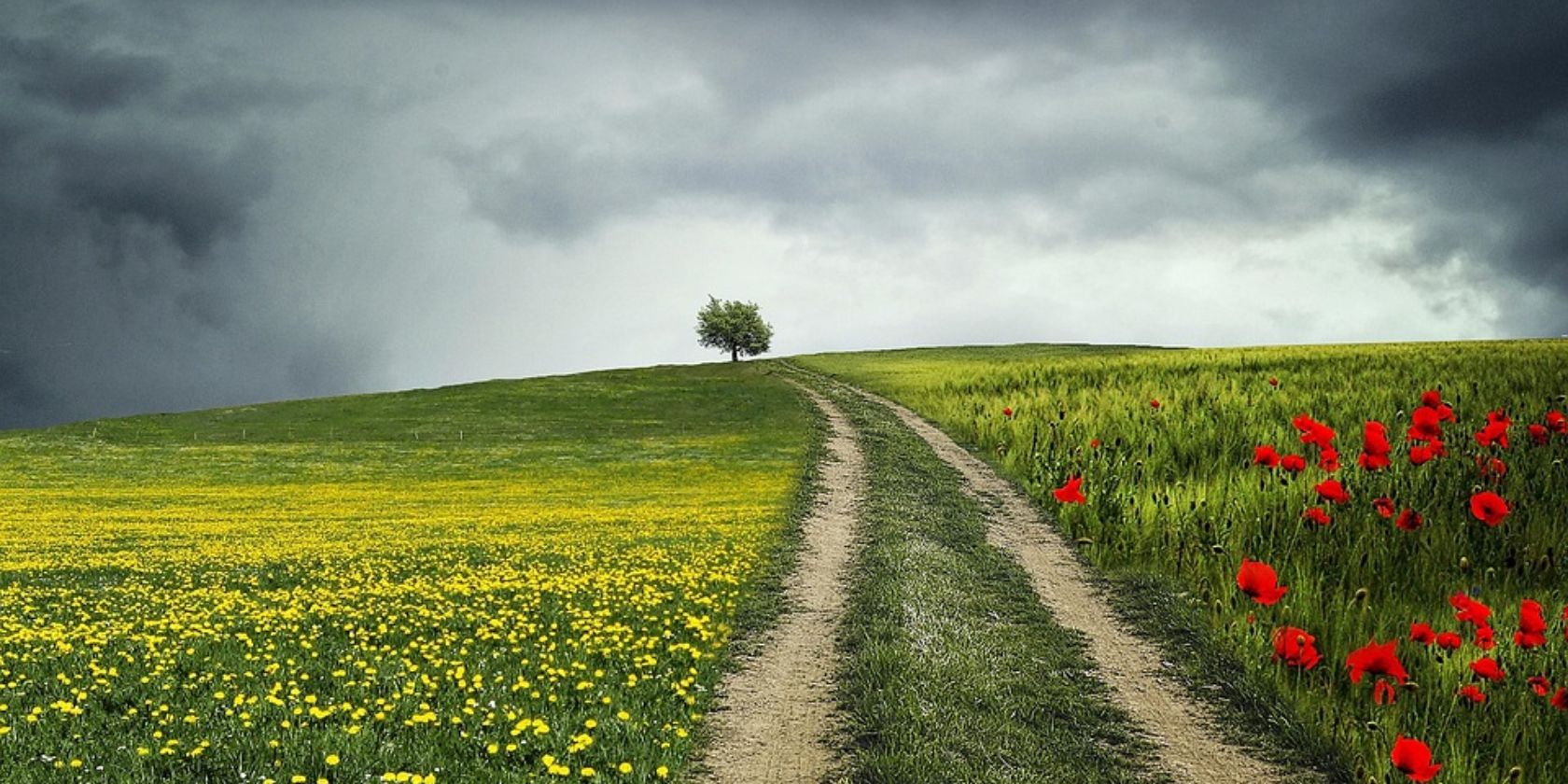 Relative vs. Absolute Path in Linux: What Is the Difference? 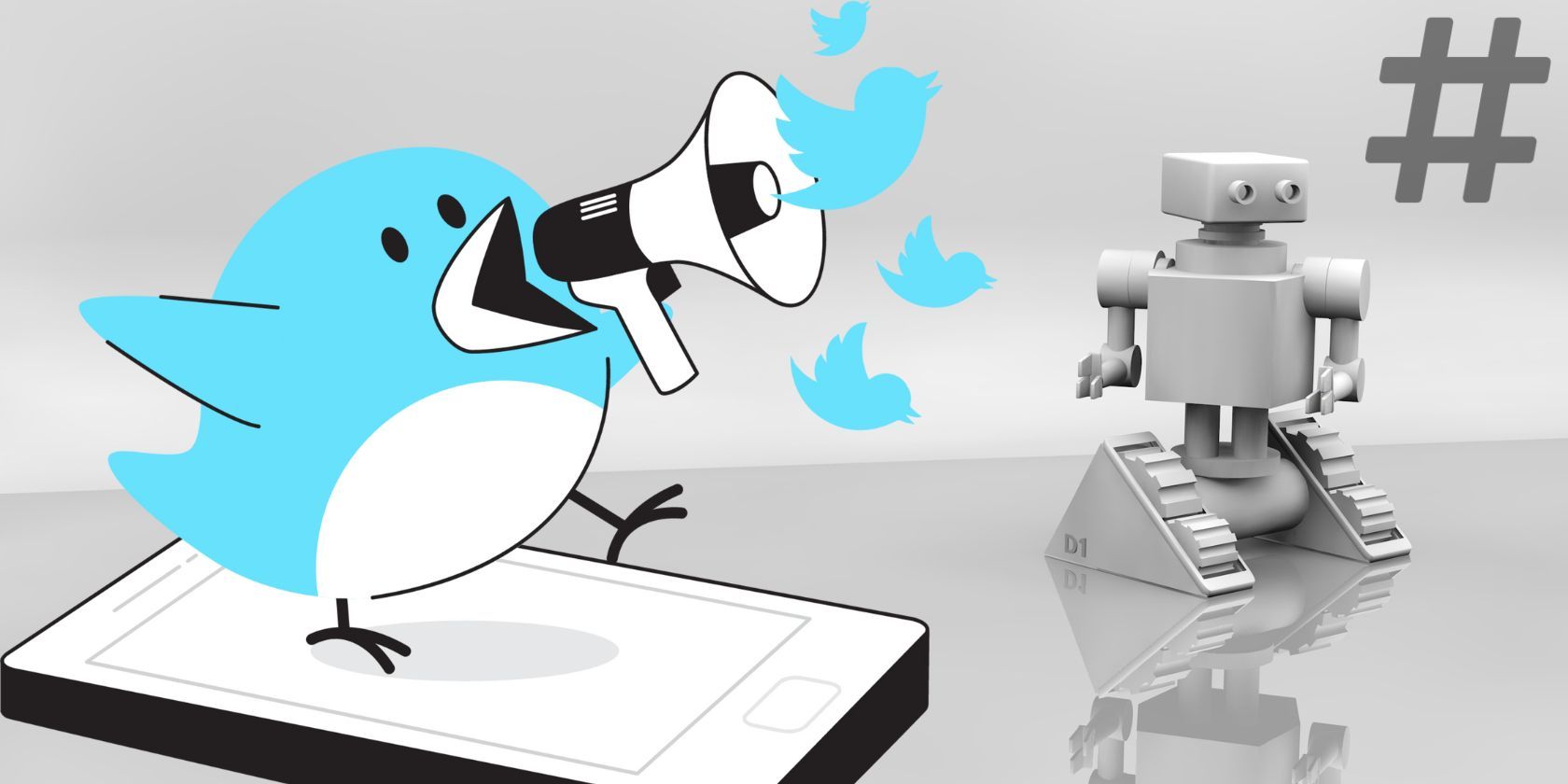 What Are the Twitter Whistleblower’s Allegations Against the Company? 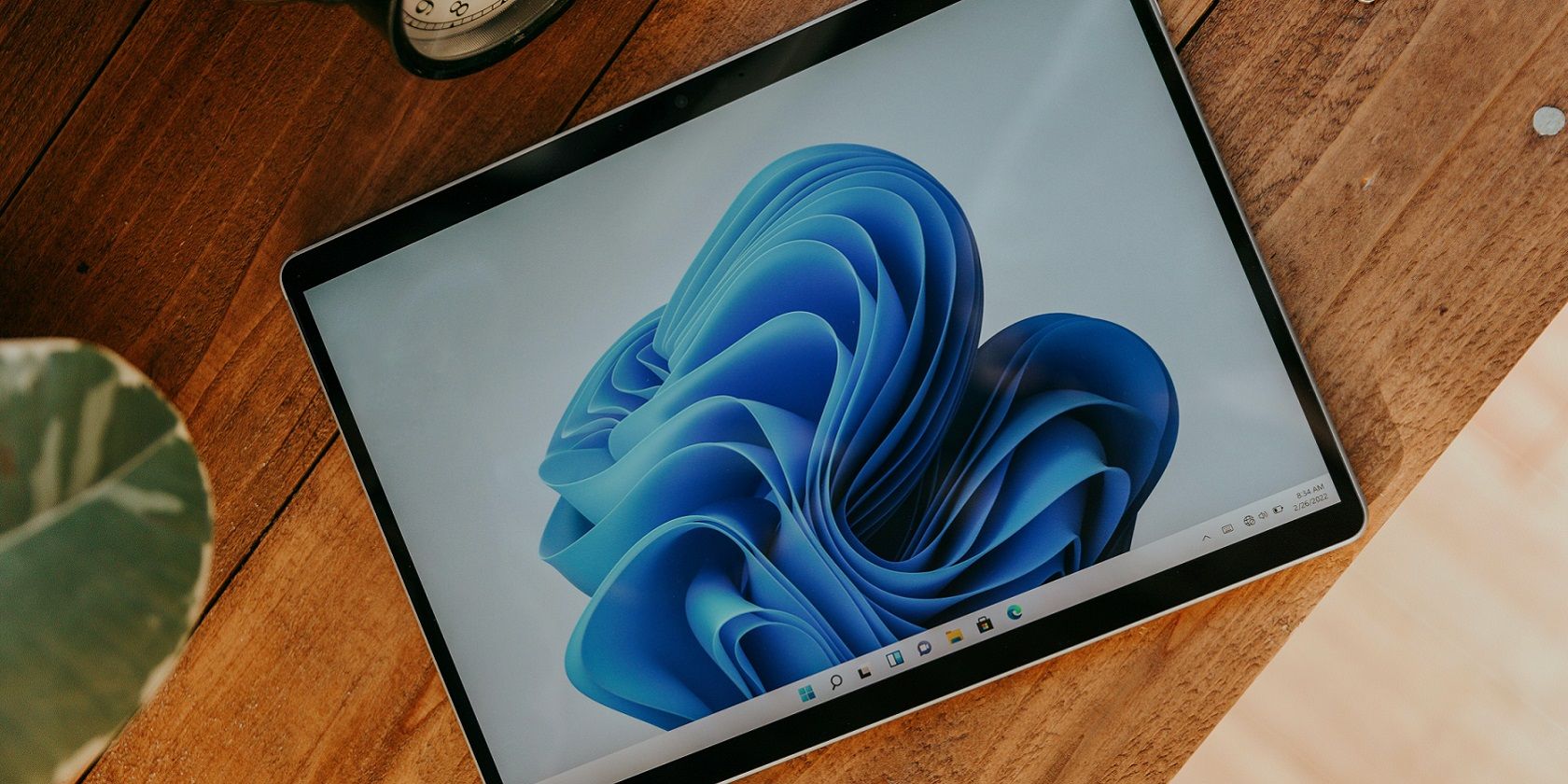 How to Use PowerToys to Extract Text From Images 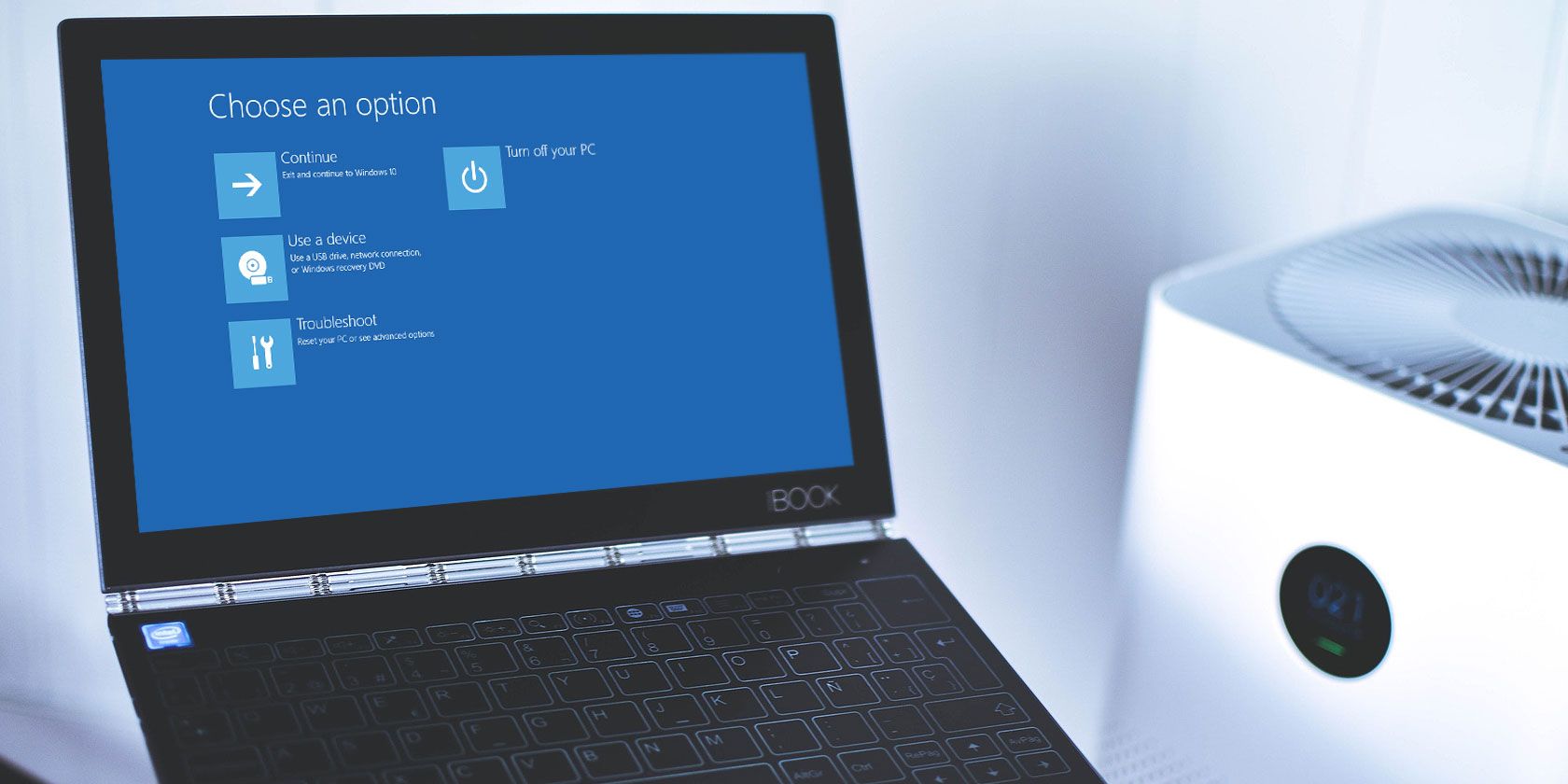 How to Delete Old Boot Menu Options on Windows 10