You don’t need to download any special apps to play games with friends. Text-based games can provide hours of fun in their own right, and all you need is SMS text messaging or a chat app such as WhatsApp or iMessage.

There are a host of great text and chat games to play, and in this article we’ll help you discover the best out there.

Most of these texting and chatting games are simple in nature. And they can provide free fun for family and friends alike regardless of your ages or interests.

Games to Play Over Text or Chat

While there are plenty of free mobile games without ads or in-app purchases, sometimes, you want to play something even simpler. These games can be played over text or chat without the need to download and install yet another app on your phone.

As a writer, I tell stories for fun. But even non-writers who find it difficult to create worlds, characters, and plots by themselves could gain enjoyment from this simple game.

With Story Builder, one of you begins the story by messaging a sentence to the other. The other person then messages the second sentence in the story back to the first person. Slowly but surely, the two of you build a story over the course of several texts or a messaging thread.

Variations include sentences containing a certain number of words or characters, or even sentences with exactly 160 characters in them (which is how many characters an SMS text message can handle).

This is the classic 20 Questions that originated in the US and spawned various radio and television shows. The concept of this game is simple, and yet it requires a degree of intelligence to succeed at.

One of you thinks of an object or person, while the other fires questions at them via text or a messaging app. Your “Yes/No” responses help the guesser narrow down the possibilities until they can make an educated guess as to exactly what you were thinking of.

Variations include limiting the object being thought of to a particular genre. Or, you can increase/decrease the number of questions the guesser can ask.

This is the classic I Spy, a game that has been a favorite of families for generations. Surely we have all whiled away a long car journey as a child playing this. And the version played via text or chat app is just as much fun.

Begin by telling your opponent where you are to at least give them a fighting chance. Then look around your environment until your mind’s eye fixes on something in particular. Your opponent then has to guess what thing you have spied, with only the first letter of the object to guess from.

Variations include giving clues after each negative response to a wrong guess, or limiting the number of guesses allowed.

Assuming you’re not exclusively interested in instrumental music, you’ll know certain lines from certain songs. Whether because of an emotional attachment or simply because they sound good together, most people have been affected by song lyrics in some way.

The Song Lyrics game plays on that by having one person quote lines from a song to the other via text or in a messaging thread. The other person then has to guess the song the lyrics are from. It helps if this is played with someone you’re close to or with whom you share similar music tastes.

Variations include classic lines from movies or plots from games. Failure to guess correctly could mean having to phone up and sing the chorus of the song to your opponent.

Abbreviations are everywhere, as you can see from our list of internet acronyms you need to know. It’s even possible to abbreviate your entire life by describing what you are up to with just the first letters of each word in that description.

To play Abbreviations, one of you abbreviates the activity you’re currently engaged in. For example: “In a coffee shop in town” becomes “IACSIT”, and the other person sets about trying to un-abbreviate your short sentence back to its original form. Be prepared for some rude replies.

Variations include giving more than just the first letter of each word, and abbreviating something other than your current activity. Such as what you truly think of the person you are playing against.

We all make lists. They detail everything from our chores for the day to our overall aims in life; from what groceries we need to the gadgets we want to buy in the future. When turned into a game, making lists can be a lot of fun, especially in a message thread.

List Builder is a competitive game in which each player takes a turn to name something belonging to a particular genre. This could include capital cities, actors from a certain series of movies, or anything else your mind can conjure up. The winner is the last person to successfully add an item to the list.

Variations include going through the alphabet one letter at a time, or requiring the next answer to start with the same letter the last answer ended with.

The reason we all carry smartphones is that we’re not always at home. Which makes this game perfect for playing on your mobile.

With Where Am I?, each player takes it in turn to describe one feature of their surroundings, while the other tries to guess where they are. You can make it as easy or as hard as you like by varying the level of detail you give to your opponent.

Variations on the game include limiting it to a house, with the room you’re in being the correct answer, or asking which shop in town you are in. You could also change it to Who Am I With? by describing the person or people who are there with you instead.

You may know Kiss, Marry, Kill as something else. The Kiss, for instance, may be a little more intense than just a peck on the cheek. However, the basic concept is the same, and is fun as long as no offense is taken by the answers given.

One person names three people, be they celebrities or individuals you both know, and asks, “Kiss, Marry, Kill?” The other person then has to determine which of the three they would kiss, which they would marry, and which they would kill. All in jest, you understand.

Variations include dropping certain names into the mix you know will upset your friend. Or changing the question entirely. As long as there are three choices and three names in the mix, the sky’s the limit with this one.

If you’re prone to daydreaming, you should be familiar with the concept of What If? Once one of these scenarios pops into your brain, you can spend several minutes working out which option you would choose in that scenario. Which is perfect fodder for a texting game.

One of you messages the other a What If? scenario and asks what they would do in that situation. There are no correct or incorrect answers here. It’s not only fun to see the responses given, it can also give you an insight into your friend or family member’s outlook on life.

Variations include leaving the question open-ended with any answer possible, or giving multiple choice answers and forcing the other person to choose from one of those.

Quizzes of any kind can be fun, even if they’re supposedly testing your IQ. And they don’t have to be long, drawn-out affairs with a quiz master asking difficult questions and enjoying watching you struggle to find the answers.

In the form of a texting game you can play in a chat app, Simple Quiz requires one of you to message the other a general knowledge question. The other person then has to try to give the correct answer, or, if they’re a little too dumb for that, the funniest joke answer imaginable.

Variations include switching this to a test of web browsing skills as they try to find the answer online in the shortest time possible.

These Texting Games Can Provide Hours of Fun

These games range from the simple to the more complex. But they’re all supremely playable between any two (or more) people with mobile phones to hand.

And remember that while most people will use a messaging app such as Messenger or Telegram, they’re even playable using old-school SMS text messages. 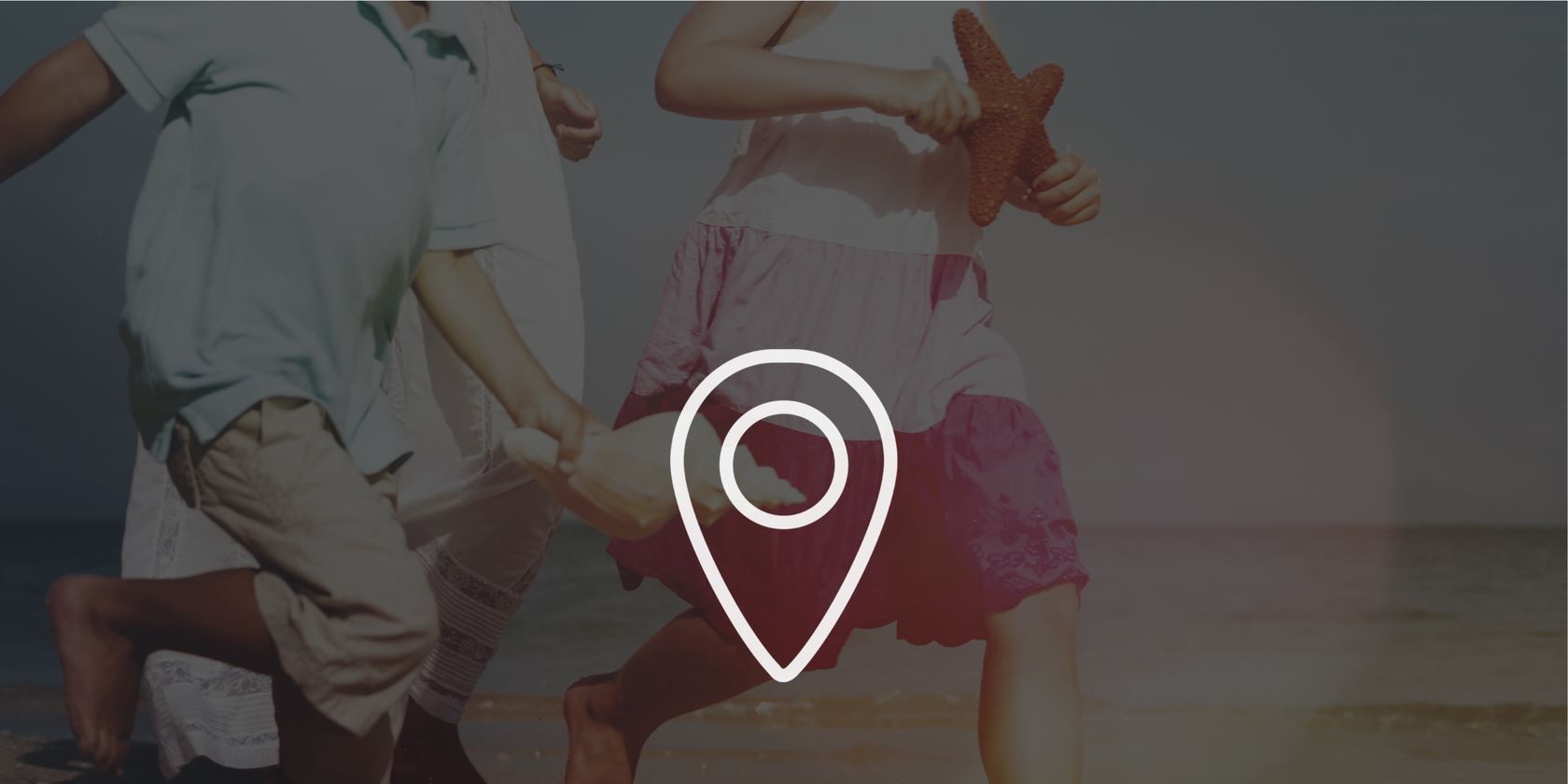 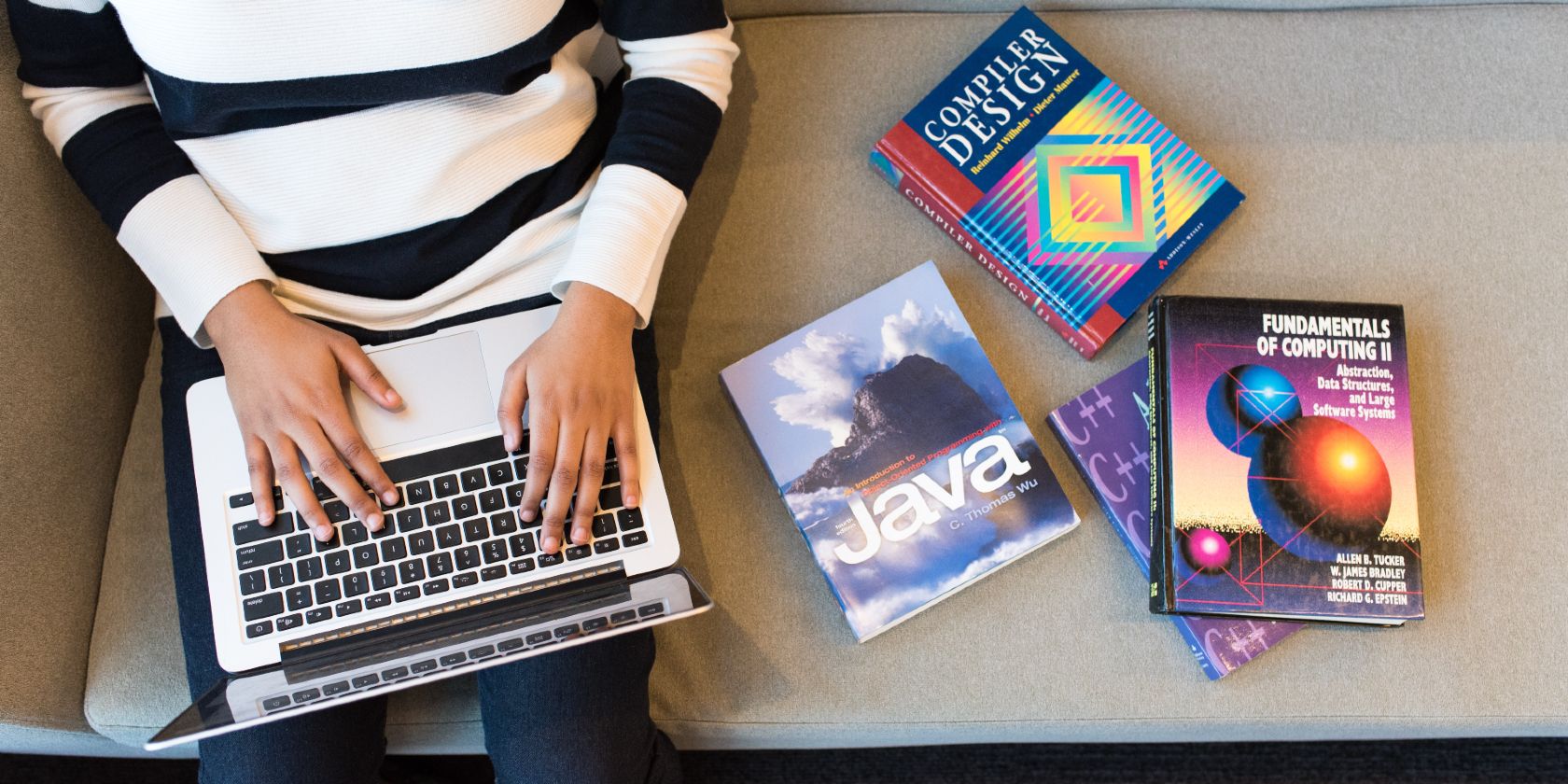 Learn How to Join Strings in Java 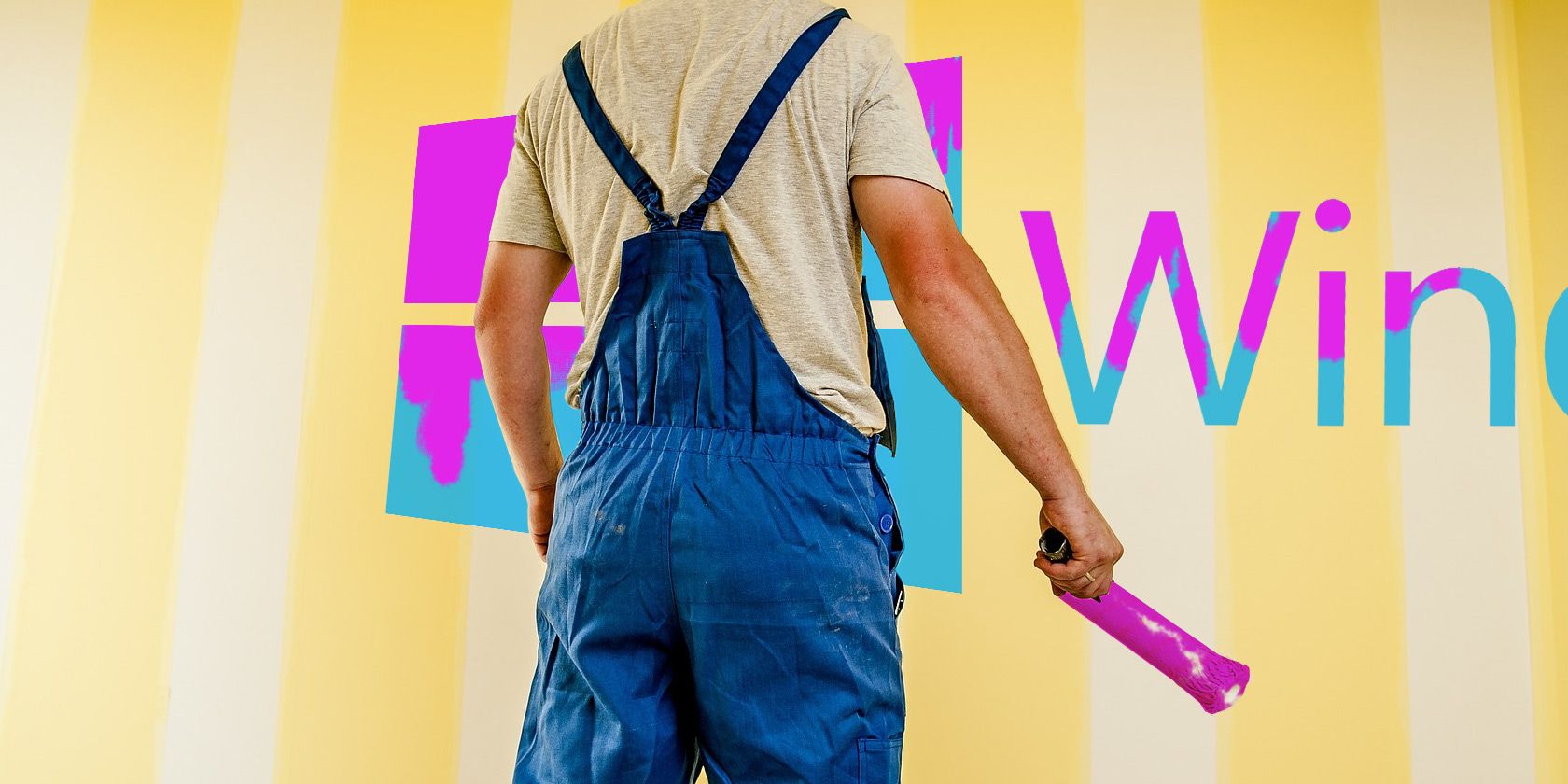 The 8 Best Tools to Tweak and Customize Windows 10 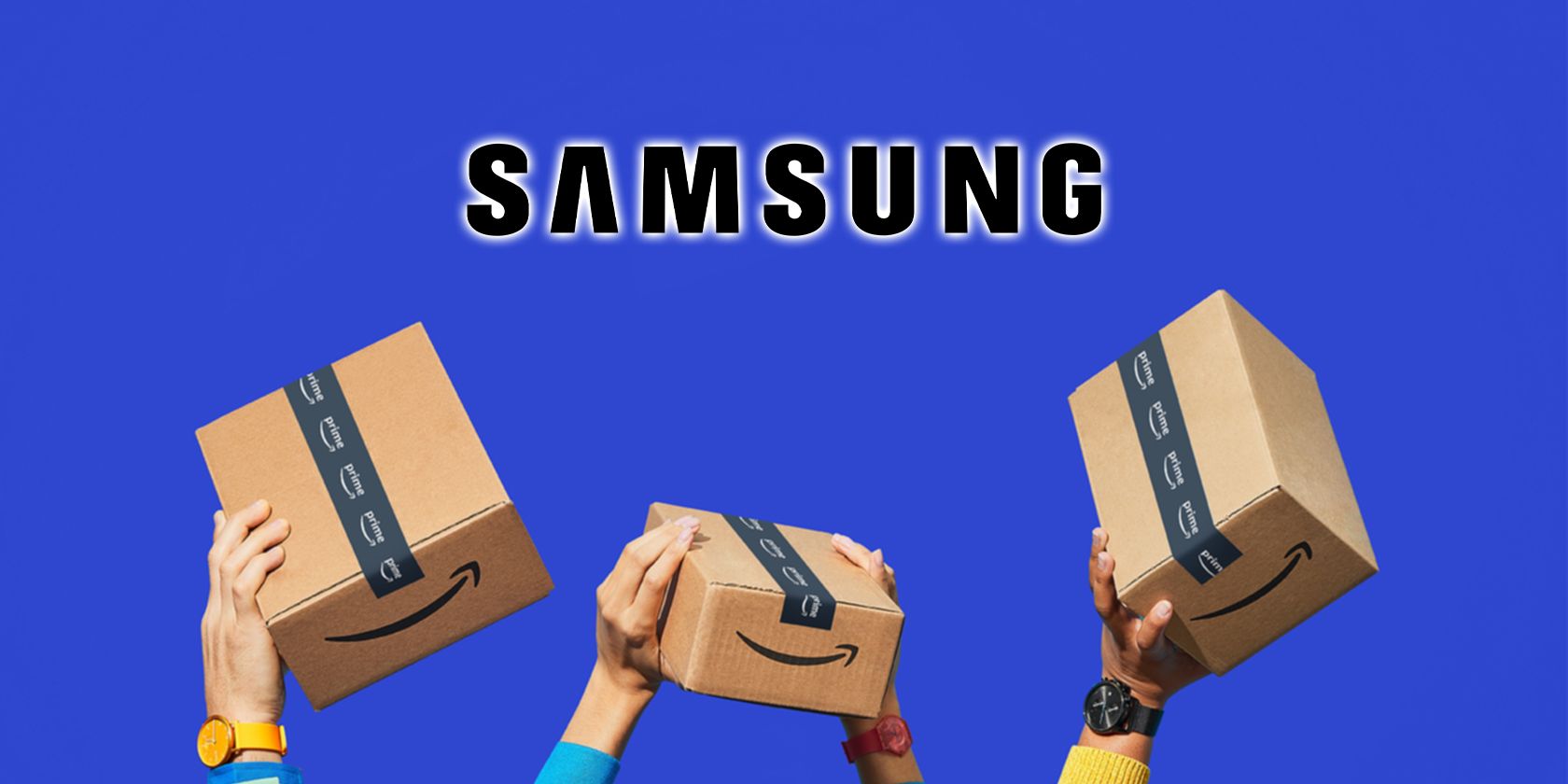 Save Hundreds on Samsung Smartphones, TVs, and More